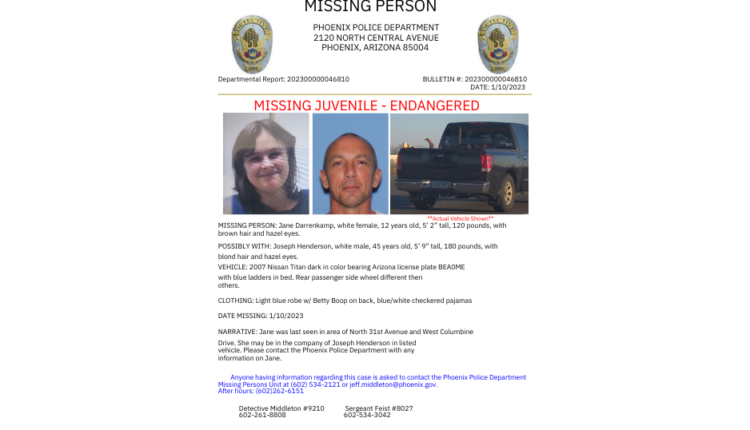 TUCSON (KVOA) — Police say a 12-year-old has been located in Tucson after Phoenix police issued a missing alert Tuesday.

They said 12-year-old Jane Darrenkamp was last seen in the area of ​​31st St. and Columbine Dr. on Tuesday.

On Wednesday, Tucson Police Department said she was located in the 400 block of E. Roger Road in Tucson.

She was last seen wearing a light blue robe and black and white checkered pants.

She may be with 45-year-old Joseph Henderson who drives a 2007 dark colored Nissan Titan.

Anyone with information on the whereabouts of Jane or Joseph are asked to call 911 or the non-emergency number at 602-262-6151.

Tucson Police has been notified as a possible destination Joseph may go.

Phoenix man to showcase Nepali food during the big game