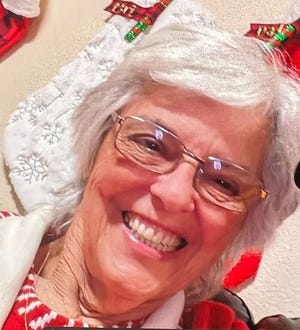 Police are investigating the death of a missing 87-year-old Yuma woman whose remains were found in July in a separate county.

Barbara Ann Waters, diagnosed with Alzheimer’s disease, left her home near 38th Lane near 18th Drive in her blue 2018 Kia Soul around 3:45 pm July 19, according to Yuma police. She was reported missing at approximately 6:02 pm that day and a Silver Alert was issued, police said.

On Tuesday, Yuma police received confirmation Waters was positively identified through medical records as being the body found July 20 in Parker in neighboring La Paz County, according to the department.

Parker police is completing further investigation into Waters’ case, according to Yuma police. Citing an active investigation, Parker police Sgt. Joey Venegas on Tuesday declined to comment on whether foul play is suspected in the case.

Waters was described by police as wearing a nightgown shirt with peach pajama bottoms when she went missing. Her car had an Arizona license plate with number EFR81.