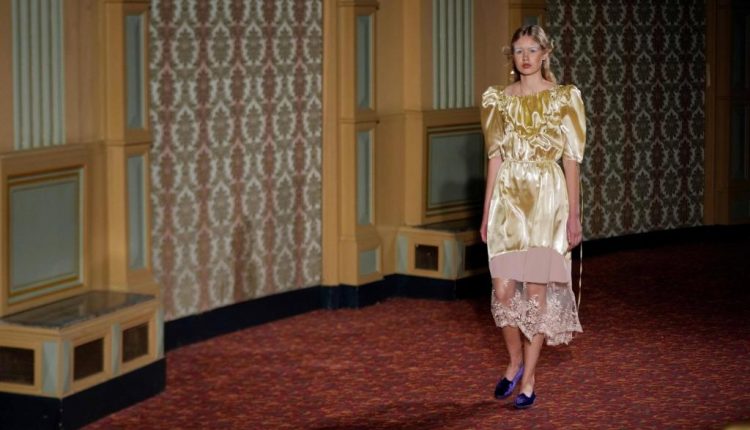 Missioni turns a creative side; Liberatore mixes real and virtual

The excitement of the live catwalk shows, the return of celebrities, and the explosion of fashion parties enlivened Italy’s fashion capital for the first time in 19 months, with a crowd of young fashion lovers gathering outside the venues to breathe the ambition.

Some fashion brands are cleaning up the hopeful relaunch this season and launching leaner collections. But a deep change in pace is difficult to see.

“I don’t see any change in reality,” said Missoni’s new Creative Director, Alberto Caliri. “It’s a bit like someone saying they don’t eat fried food but will eat them again in a week. There is a lot of talk but little done. “

Perhaps that’s in part due to a sheer desire to be back in the world.

Alessandro Michele, Gucci’s creative director, said he’s had enough of people who see fashion only as clothes and shoes, shoes and clothes, “with limited dignity”.

“Fashion is human handicraft. It has a great storytelling ability, ”said Michele.

Highlights of the Milan Fashion Week with mainly women’s collections:

RITES AND MYTHS BY FRANCESCA LIBERATORE

On that rainy Sunday morning, the fashion audience streamed into a richly padded cinema for a full immersion catwalk show by Francesca Liberatore, which combined real models, hologram images and a film projected on the main screen.

The sheer looks are richly borrowed from the Renaissance, from the flowing trains, puffed sleeves and drapes. Organza, ruffles and ruffles create a romantic mood, while latex accents make the looks down-to-earth. This included a slit-back coat that was lifted with every step and body-hugging pants.

Organza, representing romance, has been constantly grounded by more modern elements. A white organza dress was wrapped over a black mini dress. A gathered mini dress with a generous organza skirt in umber and an incorporated cape in heather blue is poetic. A transparent organza coat with a delicate frill was combined with matching see-through trousers, which were worn over high-waisted panties and left the bosom free. Another delicate organza dress appears ripped open, a violent gesture that reveals a black piece of clothing underneath.

Liberatore was keen to continue a live experience to preview their collection while leveraging elements from the digital world that became a critical connection with the world in times of lockdown and isolation.

“Everything we have experienced has made us understand that in reality anything can crumble before our eyes,” said Liberatore. “Here you lived the world that melted together. After that, there is a moment of fear when we are unstable. We don’t touch the ground anymore. “

Still, the collection offers a hopeful message. She was inspired by figurative paintings depicting the four Christian evangelists as a lion, an eagle, a bull and an angel in the apse of the Church of St. Michael in Ferrara. The desecrated church, originally built in the Middle Ages and rebuilt in the Renaissance, is the permanent home of the works of the sculptor Bruno Liberatore, the designer’s father.

“I was the first to get up to completely change the pace,” said the designer. “So the nice thing about this new adventure was that I bought St. Michael’s Church in Ferrara with my family to create a cultural center, a mix of art and fashion.”

The Missoni brand has turned a creative side and has selected a long-time member of Angela Missoni’s team to replace her as creative director.

The shift to a more youthful, hip vibe was instantly recognizable in Alberto Caliri’s first collection. For long-time lovers of the brand, there was still plenty of fine, colorful knitwear, including long floor-length dresses, sexy crop tops and jumpsuits. But the silhouette was bolder than usual, decidedly young and easy to imagine at the hippest beach parties.

Caliri said he incorporated Angela Missoni’s view of femininity into her mother Rosita Missoni’s bold sense of color, including papaya, coral and yellow. The new Missoni woman is a confident woman who walks out the door in the morning with minimal effort.

“My job was to cut out everything possible to make it the most valuable and obvious Missoni,” Caliri said. “I think every woman would find a piece in this collection.”

It gets down to business: Flagstaff woman develops new canister to keep paws off food on the way | Local