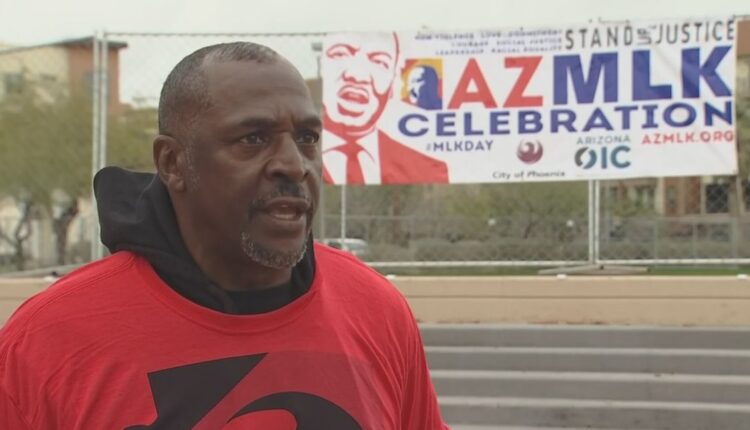 PHOENIX (3TV/CBS 5) – For about 20 years, organizers say the MLK Festival has been held at Hance Park. The event will continue at the park despite forecasted rain and a new restricted area.

In December, the first-ever Zona Music Festival was held at the park. However, it became a muddy mess after heavy rain, and thousands of people trampled on the wet grass. The City of Phoenix got to work and fixed the grass. It’s now in better shape but will be fenced off to the public until it reopens to host Super Bowl events. “You don’t blame anyone. Nature decided that. Had there been no rain, they’ll be no issue. So with that, you make adjustments as you need to so our biggest thing was, while we couldn’t use the grass area, there was still a need to make sure the festival was here at Hance Park,” said Emmett Boyd, co- Chair of the MLK Festival.

Now, the festival will only happen at the Urban Plaza at the park. It’s a smaller space, but Boyd is confident it will work fine. He said it’s a good alternative considering there’s a First Alert Weather Day on Monday.

Boyd thinks being at the plaza will help prevent their own muddy mess. However, canceling altogether was never an option. “It’s rained before, and we had the festival without any issues. We’re looking at it being the same this time,” he said. Boyd says they might pause and resume when the weather clears if it rains hard. “While this poses new challenges, the focus of what we’re doing is still here which is the celebration of Martin Luther King Jr. and his love for not only people but equality for everyone, so that’s the biggest thing. That’s what we’re pushing for,” said Boyd.

The celebration begins with a march starting at Pilgrim Rest Baptist Church on Monday at 9 am The festival at Hance Park will be from 10 am to 4 pm Boyd mentioned Governor Katie Hobbs is expected to attend. He said it’s been about ten years since a sitting governor has attended the festival and is grateful for the support.