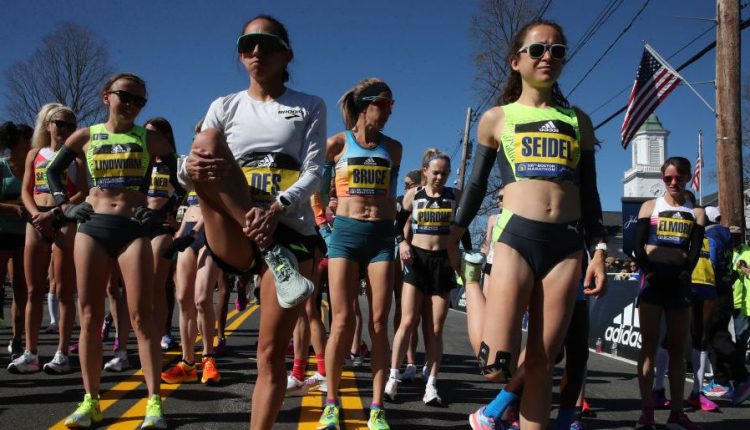 Molly Seidel Drops Out of the 2022 Boston Marathon

Molly Seidel hit her first racing setback as a marathoner when she dropped out of the Boston Marathon on Monday, April 18. In her Boston debut, the Olympic bronze medalist walked off the course between 25K and 30K.

Seidel was running with the lead pack of elite women until the 9-mile mark, where 2020 Olympic champion Peres Jepchirchir dropped the pace with a 4:59 split. The aggressive move broke up the front pack significantly, and Seidel was among the group of competitors who fell behind.

At halfway, Seidel was in 11th place and running as the top American ahead of Nell Rojas. But in the following miles, she started to slow down. Her final split was 1:25:29 at 25K. She didn’t record a split at 30K.

Boston is Seidel’s fifth marathon in about two years, which have been highlighted by incredible performances over 26.2. The 27-year-old made her debut with a runner-up finish at the 2020 US Olympic Marathon Trials in Atlanta. She finished sixth in London (2:25:13) in 2020. On a blistering day in Sapporo, Seidel claimed the Olympic bronze medal at the Tokyo Games last summer.

Thirteen weeks later, she followed up her historic Olympic run at the 2021 New York City Marathon, where she finished fourth in 2:24:42, the fastest time by an American on the course. The personal best was especially impressive given that Seidel broke two ribs about a month before the race. In the postrace press conference, she didn’t share what caused the injury, but said it was so painful that she considered not lining up at all.

“It was hard coming off the Olympics and mentally hard getting back into that build,” she said after the race on November 7, 2021. “I’ve invested too much in this, I really want to do it. It means a lot to me to do it, regardless of what it turns out to be.”

Heading into the Boston Marathon, Seidel was considered a heavy favorite to make the podium. In addition to her accolades on the world stage, she came in with more experience than most on the prestigious course.

Before moving to Flagstaff, Arizona, last April, she lived in Boston for almost five years. During the elite athlete press conference on April 15, Seidel said she’s done a lot of training on the Boston course after living in the Fenway neighborhood and running the route regularly. She also babysat for a family in Wellesley and trained near the halfway point, running to Heartbreak Hill and back for about 14 miles.

Before the race, Seidel told Runner’s World that after a few “hiccups” in her training early on, including a hip impingement that curtailed her training for a few days, the last five weeks of her Boston buildup were “about as good as I could have hoped.”

“You almost have to reconcile the marathon buildup you want with the one that you get,” Seidel said. “But I think we’re in a really good place now, not only for Boston, but for world champs in the summer, focusing on a lot of strength as we build for the rest of the year.”

This content is created and maintained by a third party, and imported onto this page to help users provide their email addresses. You may be able to find more information about this and similar content at piano.io

The Phuture Phoenix fifth graders are coming – and you can help!