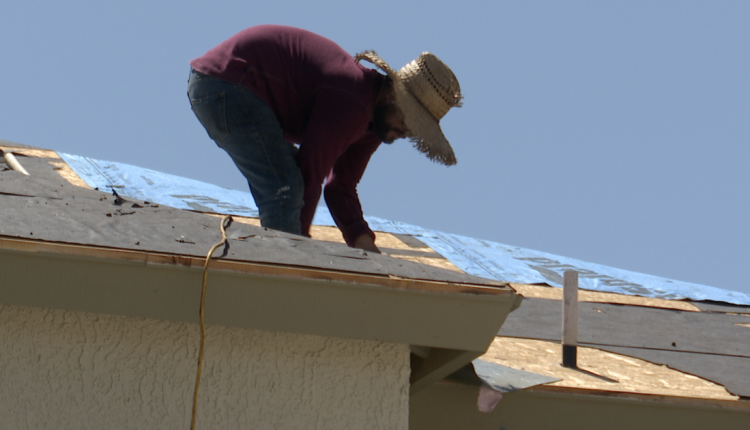 The seemingly relentless rain has meant tireless work for the roofing companies in Tucson.

“The amount of rain, the amount of hail, and the wind, I’ve probably never seen it in my entire life in Tucson, and I’ve been here for 45 years,” said Dominic Glaser, sales director at America’s Best Roofing Company.

The waiting times for an inspection alone can be anywhere from a week to three months. Some roofers in the city no longer had to take on new customers.

Glaser explains that the combination of hail, wind-driven rain, and the enormous amount of water that has fallen over the area has resulted in more frequent and severe roof damage.

He has about 15 crews who work on 15 to 30 rooftops every week. He even hired crews from Texas to meet the growing demand here.

After some dry monsoons recently and industry discussions about a potentially rainy monsoon this year, Jimenez says his team is ready for the storm of new business.

“We prepared for it in advance,” he says. “We have increased our teams. We have made sure that all the materials we order regularly are in stock with our supplies. And we made sure that our planner was on their ‘A-Game’. “

Jimenez believes that helped him better weather the stressful summer for many others in the industry.

“Grateful. It’s very nice to have the opportunity to help,” he said.

America’s Best Roofing Company donates a roof to a family in need each year. Jimenez says the company plans to donate two rooftops this fall this year after its crews catch up on jobs that have piled up due to the monsoons.

Listen: Many Schools Are Buying High-Tech Air Purifiers. What Should Parents Know?