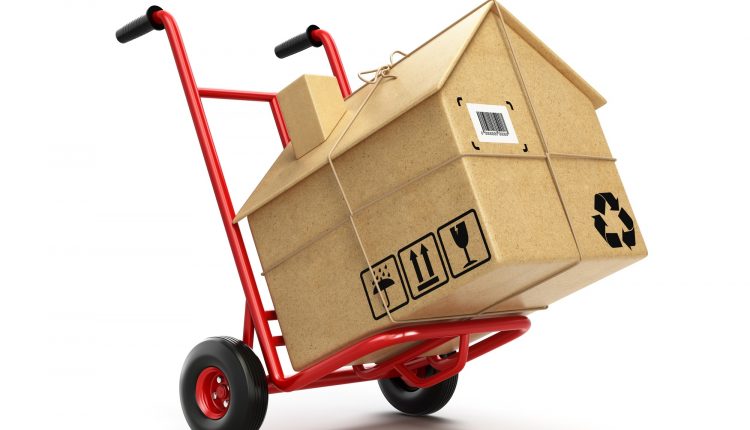 More than 3 in 10 Arizona houses were bought by investors in 2021, fueling skyrocketing rents

Investors bought nearly a quarter of U.S. single-family homes that sold last year, often driving up rents for suburban families in the process.

The issue is especially acute in some Sun Belt states amid evidence that investors often can outbid other buyers, keeping starter homes out of the hands of would-be owners, especially suburban Black and Hispanic families. Some local officials in those states are pushing for increased regulation of investor purchases, but many Republican lawmakers oppose such controls.

Investors bought 24% of all single-family houses sold nationwide last year, up from 15% to 16% annually going back to 2012, according to a Stateline analysis of data provided by CoreLogic, a California-based data analytics firm. That share dipped only slightly in the first five months of 2022 to 22%.

Five states saw the highest share of investor purchases. Investors bought a third of single-family homes sold in Georgia (33%) last year, with Arizona (31%), Nevada (30%), California and Texas (both 29%) not far behind.

The Sun Belt also appealed to investors because there are fewer statewide restrictions than in a state such as California, which heavily regulates landlord-tenant issues, said Jenny Schuetz, a housing policy expert at the Brookings Institution who has testified at congressional hearings on investor ownership of homes.

“They’re not prepared to deal with this. We need to get more tools into their hands,” Schuetz said.

In North Las Vegas, Nevada, which is mostly Hispanic and Black, residents have gathered petitions for a ballot initiative limiting rent increases, saying they’ve been outbid by investors who have raised rent sharply in recent years.

The controls were supported by Democratic Gov. Steve Sisolak, who blamed “out-of-state speculators coming in buying up homes in our neighborhoods and raising the rent,” and says the North Las Vegas plan could become a template for statewide rent controls.

In Georgia, local officials are fighting for more regulation of rental homes, but some Republican lawmakers seek a more hands-off policy. GOP leaders in the legislature, joined by some Democrats, sponsored bills in February that would have preempted local regulation of landlords and rents.

The bills would have prohibited “any restrictions” by local government on rental housing, threatening to withhold state funding for violations. The legislation immediately drew protests from many cities and counties.

The state Senate and House bills both died in committee but could come back in another session, said Mayor Bianca Motley Broom of College Park, a mostly Black suburb south of Atlanta.

“It really has been one of the defining issues of the last couple of years,” Motley Broom said.

Most of her constituents are renters hoping to buy homes, and they were disappointed when a new development of more than 200 houses announced a change to “build to rent,” meaning the units would be long-term rentals, she said.

“Preemption laws tie our hands and essentially force 537 cities, each with unique dynamics, to be force-fed a cookie-cutter approach,” said Motley Broom.

Michael Malcolm, 65, said he struggled to find affordable rent in College Park as a retired, disabled telemarketing executive. When a landlord raised his rent from $750 to $1,500 two months ago, he found a relative with whom to share his three-bedroom house after searching in vain for something more reasonable.

The Georgia Municipal Association, representing Georgia municipalities, opposes the preemption bills that were introduced, partly so that cities can decide for themselves about “build to rent” policies, said Charlotte Davis, the association’s deputy director of governmental relations, speaking at an Atlanta-area housing forum in June.

“This has been a very heavy-handed approach, going to the state legislature to preempt mayors and county commissions and ultimately local residents, because it’s easier to strong-arm the state,” Davis said.

Sponsors of the state bills did not return Stateline calls for comment.

“The idea that large, faceless, deep-pocketed out-of-town investors are taking over every housing market and dictating rents is just not true,” Howard said, speaking of what he called a half-dozen companies with tens of thousands of homes nationwide.

The CoreLogic data show that what it calls “mega” investors, with a thousand or more homes, bought 3% of houses last year and in 2022, compared with about 1% in previous years, with the bulk of investor purchases made by smaller groups.

U.S. Rep. Tom Emmer, a Minnesota Republican, defended landlords at a U.S. House committee hearing on the issue of investor-owned homes in June. Racially diverse suburbs in Minnesota are among those targeted by investor home purchases, according to a report last year by the Minneapolis Federal Reserve Bank.

“We must not forget that single-family rental homes fill a gap for a large population of our country who either prefer or need to rent,” Emmer said. “We cannot demonize institutions for facilitating this supply of quality housing that otherwise would be out of reach for many Americans.”

Institutional buying in Georgia has focused on a ring of middle-class Black suburbs south of Atlanta, according to research by Brian An, an assistant professor of public policy at Georgia Tech. An said buying since 2007 was concentrated in southern Atlanta suburbs with mostly Black populations, low poverty, good schools and small affordable houses considered good starter homes.

Schuetz said investor ownership may not be a bad thing in itself, if landlords treat tenants well. Investor interest in houses is a symptom of a larger problem — low supply of houses, she stressed.

She said states and localities could create landlord registries, like one adopted last year by Los Angeles County to help local governments recognize which corporations or other investors have patterns of abusing tenants with quick evictions or excessive fees, or who neglect property maintenance.

States and cities could increase legal protections for tenants, since some professional landlords have been quick to evict when tenants fall behind on rent, said Desiree Fields, a University of California, Berkeley associate professor who studies single-family rental issues.

“The states where investor ownership [of rental homes] is most prominent are also states where there are hardly any tenant protection measures,” Fields said.

This story was originally published by Stateline, an initiative of The Pew Charitable Trusts. It is republished here with permission.