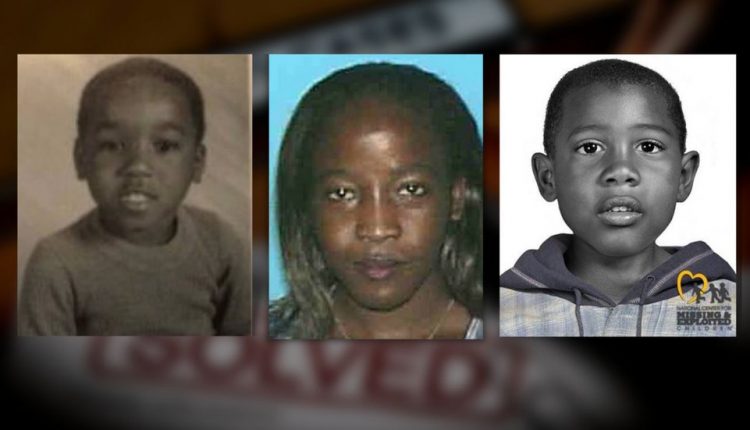 The break in the case came when a tip was called in from someone who knew Teresa and William DeShawn Hamilton back in 1998 and had been searching for 6-year-old William ever since.

Ava, who preferred to keep her last name private, says she was very close with Teresa and William when they lived in Charlotte, North Carolina. She often took care of William and described him as a fun, witty, adventurous and intelligent little boy who loved to dance.

“He liked to crack jokes,” Ava said. “He did like to draw a lot, color, mainly read books. He didn’t want you to read to him…he wanted to read to you!”

According to investigators, Teresa left Charlotte, North Carolina with William but she returned without him.

Investigators said she told different stories about where William was.

After 23 years, Ava’s tip called into the National Center for Missing & Exploited Children gave a new direction to the investigation.

“This case is a perfect example of why we never give up hope,” said Angeline Hartmann, Director of Communications at the National Center for Missing & Exploited Children. “For more than two decades, a woman in Charlotte followed her good feeling that something wasn’t right. She made phone calls, scoured the internet and talked to anybody who would listen. We’re grateful she never stopped until she found that rendering of William online and gave investigators the missing piece to help solve this 23-year-old mystery. A huge thank you to the Dekalb County District Attorney’s Office, the Dekalb County Medical Examiner’s Office and Dekalb County Police for their hard work that brought us here today.”

According to the Dekalb County DA’s Office, Teresa was taken into custody near her home in Phoenix, Arizona and is currently awaiting extradition to Georgia.