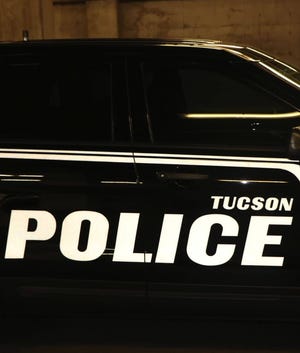 Motorcyclist dead after colliding with car in Tucson

Authorities said a 37-year-old man died after his motorcycle collided with a car during the early hours of Christmas Eve in Tucson.

According to officials, Tucson police and personnel from the Tucson Fire Department responded to the 8400 block of East Broadway Boulevard at about 1:30 am in response to reports of a collision between a blue 2015 Yamaha FZ07 motorcycle and a white 2012 Dodge Caliber.

Police said once they arrived, they identified the man as having serious injuries and began to attempt lifesaving measures; however, he was pronounced dead at the scene.

The Tucson Police Department noted that the identity of the motorcyclist was being withheld until it notified the next of kin.

The driver of the car immediately stopped to cooperate with the investigation, police said. According to police, they have determined that he was not impaired by drugs or alcohol at the time of the crash.

Police said they also concluded that the motorcyclist was wearing his helmet and had a proper motorcycle endorsement.

“Failure to reduce and control the speed of his motorcycle to avoid a collision and speeding are the major contributing factors of the collision,” the Tucson Police Department said in a news release. “This is an ongoing investigation, and no charges or citations have been issued at this time.”