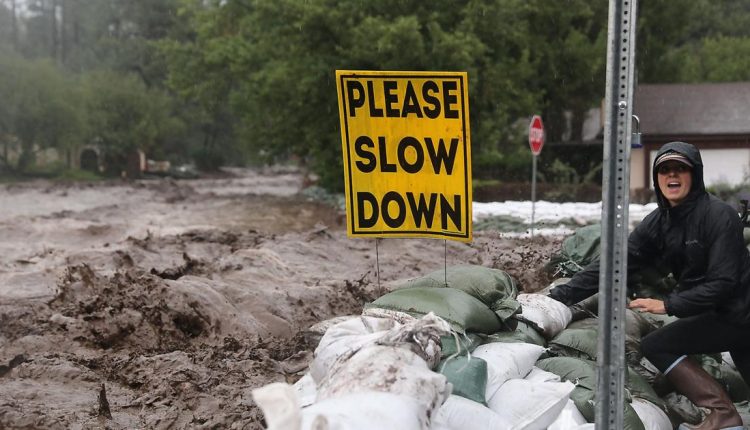 The Coconino County Board of Supervisors during its meeting Tuesday unanimously approved the purchase of emergency notification sirens as part of the continued response to the repeated 2019 museum fire scar flooding that engulfed the city’s homes, businesses and streets during the 2021 monsoon season.

The siren will serve as an additional warning for those living in the Flagstaff neighborhoods of Paradise, Grandview and Sunnyside, as well as the Mt. Elden Estates and Lockett Ranches neighborhoods in the county.

Currently, Coconino County Emergency Management uses the Rave Mobility Emergency Notification System (ENS) to notify residents of an emergency. These notifications can be sent via text message, email and published on social media. This method was used during the 2021 burn scar flooding.

The addition of an audible siren will expand the current system and fill potential gaps. Supervisor Patrice Horstman, representing flood-affected areas, said it was particularly beneficial for those who may not have their cellphones with them, particularly children.

“I think this is indeed an important health and safety tool — particularly for those living in the flood plains of the museum fire,” Horstman said.

Supervisor Jeronimo Vasquez said the need for sirens was first brought to his attention last summer. The District 2 supervisor represents much of the area hardest hit by flooding below the museum’s burn scar, overburdened storm drains and frustrating local residents. It’s likely an inevitable part of these neighborhoods as flooding is expected to continue for years to come as mitigation efforts will take time.

The fast-moving flood waters can also be incredibly dangerous due to the large amount of debris and sediment.

“We know we have the potential for future flooding and it’s not going away anytime soon,” Vasquez said. “It’s something we need for the safety of our community.”

The project is expected to cost an estimated $171,518, according to a citation in county documents. The Arizona Department of Forestry and Fire Management will pay 75% of the cost from funds provided by the 2021 Legislature.

The remaining balance — approximately $42,800 — will be split between the County Flood Control District budget and the City of Flagstaff.

Deputy District Manager and Public Works Manager Lucinda Andreani explained that the siren works with the current RAVE system. The integration should prevent missteps between systems and not create extra steps in the already streamlined notification process where seconds can make a significant difference.

The addition of the sirens will not affect the existing monitoring process and the threshold used to determine when an alert should be issued, according to Wes Dison, director of emergency management. He added that the team was “prudent” in deciding whether to use the system, citing an incident in 2018 in which a false missile alert was erroneously issued in Hawaii.

The alert system offers 13 different siren tones and a voice feature that plays the details of the emergency alert. County officials will be working with provider Alertus in the coming weeks to determine the number of sirens needed and exact placement.

The goal is to have the sirens fully installed and operational before the 2022 monsoon season, Andreani said.

The Ethical Gem Fair returns to Tucson in 2022