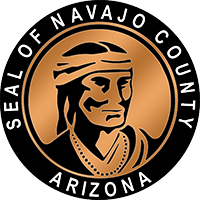 HOLBROOK – The Navajo County Board of Supervisors approved a new $ 325,000 contract for body cameras for 40 sheriff’s deputies and county jail officers.

However, the vote sparked a fascinating discussion about the enormous impact that both cell phone videos and police body cameras had on the criminal justice system.

District Attorney Brad Carlyon said he hoped the contract will help his office collect, edit, store and share the increasing number of videos that are being collected from all types of cameras – from store security cameras to cell phones of spectators.

Carlyon pointed out that his office spent around $ 30,000 collecting, archiving, and editing videos captured when Shawn Michael Chock allegedly drove his Ford 150 pickup into a crowd of cyclists in June. Chock is charged with manslaughter after allegedly inhaling a chemical that was used to clean computers before the crash. Cyclist Jeremy Barrett died and numerous cyclists and bystanders were injured.

The new contract with WatchGuard will provide officials with a video camera at an ongoing monthly cost of $ 50 per camera. The contract includes the storage of the videos and the use of software to edit the videos for publication. The law requires police and courts to protect the identity of viewers when posting such videos.

WatchGuard is owned by Motorola, which means the new cameras and editing software are compatible with the county’s existing body cameras. The $ 325,000 contract, with a term of five years, includes cameras for MPs and detainees. But the county can add cameras for $ 50 a month. The contract includes automatic software and camera upgrades – and also replaces defective cameras.

In the end, the county received three bids, including one for nearly $ 1 million. The sheriff recommended WatchGuard both because of its lower cost and compatibility with existing systems, according to Lt. Alden Whipple, who gave the presentation to the supervisor.

Many law enforcement agencies require all officers to wear body cameras, particularly in the wake of a growing number of complaints about police behavior and racist confrontations. National uproar over the death of George Floyd after Minneapolis police officer Derek Chauvin kneeled on his neck for an extended period of time was largely fueled by the release of police and spectator videos.

Some studies have shown that complaints against the police decreased significantly after police started wearing body cameras. Other studies have not shown a consistent difference. Still others have suggested that the main benefit of police bodycams is to gather evidence for trials.

A study by the University of Chicago Crime Lab and the Council on Criminal Justice found a 17% decrease in citizen complaints. The researchers concluded that despite the high cost of the body camera systems, the savings from fewer complaints and lawsuits amounted to $ 5 for every dollar spent.

Much of the discussion at Tuesday’s supervisory board meeting was fueled by Carlyon’s hope that the county could convince other law enforcement agencies to put in place compatible systems to lower the rising cost of dealing with the deluge of videos that the criminal justice system is becoming become more important. With the increasing number of lawsuits triggered by police handling of arrests, the stakes for the county and cities can be enormous.

“This is not a limited edition, it is a growing edition,” said Carlyon. “We have to disclose (in defense) every incoming camera and cell phone video. I think I have to hire a full-time employee just to edit videos. “

“It’s not efficient. Sheriff (David) Clouse tries to take the lead to bring everyone together. Maybe we need to involve local leadership (councilors) and save everyone money and get rid of some of the territorial turf wars of the past 10 years, ”Carlyon said.

“We need to upgrade our infrastructure to keep pace with changes in the systems,” said supervisor Dawnafe Whitesinger. “When you think of public safety, this is a perfect example of the importance of things behind the scenes that the public may not know about. There is an assumption that things just work and we don’t know how it works. “

CEO Daryl Seymore asked, “Can this be used with other systems?”

Lt. Whipple noted, “All of these cameras can be used as separate cameras. The reason WatchGuard stands out is because they’re owned by Motorola, so the interface (with the county’s existing cameras) is automatically part of the package. If we were to use a different camera, we would have to buy a separate interface. “

Carlyon said the county will likely need a full-time video technician to ensure the legally required redaction takes place before the footage is released to the public or defenders. “We take a liability risk. I’ve tried to delay hiring someone because of the county budget constraints – but we’re getting to the point where we won’t make it. “

“DPS hired 15 positions just to manage the body camera system and all public recording requests for their agency only,” he said.