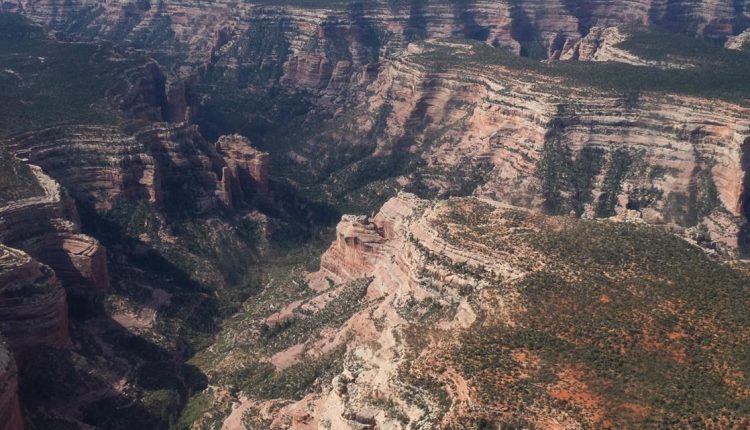 Leaders of the Navajo Nation, which includes much of northern Arizona, celebrate the recent restoration of a downsized national monument.

On Friday, Biden signed a proclamation reversing his predecessor’s decision to reduce the size of Bears Ears by nearly 1 million acres.

In 2017, former President Donald Trump cut the memorial’s area by 85%, stripping the land of federal protection and opening it up to natural resource mining.

Leaders of the Navajo Nation, which encompasses the land around Bears Ears in southern Utah, have pushed for the monument to be restored to its original size.

The tribal council said Biden’s restoration of Bear Ears will help preserve a site that has long been sacred to Navajos.

“Bears Ears National Monument is our home and a sacred place dear to the heart of the Navajo people,” said Herman Daniels, Jr., delegate for the Navajo Council. “We have lived, bred, hunted, gathered herbs, and performed ceremonies on this sacred land for hundreds of years.”

Reportedly, Bear Ears is home to more than 100,000 archaeological and cultural sites with artifacts dating back hundreds of years.

The Bears Ears Inter-Tribal Coalition has worked to protect these sites to ward off vandals and invaders.

“Ongoing looting, grave robbing, vandalism and destruction of cultural sites are acts that literally rob Native Americans of spiritual connections and a sense of place and history,” the coalition said.

According to the Department of the Interior, the recent presidential proclamation also restores membership and terms of the Bears Ears Commission with tribal representatives to provide guidance for future stewardship of the monument.

Council spokesman Seth Damon said Biden’s proclamation benefits the many other tribal nations that have a connection to Bears Ears country.

“The Navajo Nation Council commends Secretary (Interior) Debra Haaland for her leadership as we continue to work with President Biden to protect our lands, water and sacred sites,” Damon said.

The White House said this week it will ensure the Bureau of Land Management allocates adequate staff and resources to protect the Bear Ears Monument.