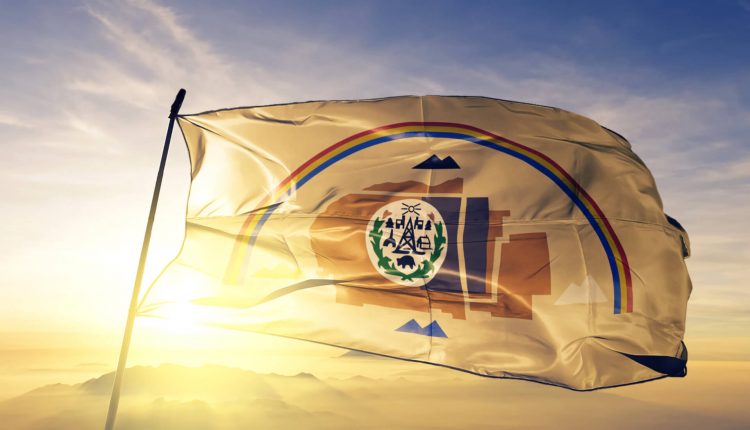 The ballot for Navajo Nation president is set, as incumbent Jonathan Nez and challenger Buu Nygren both announced their vice presidential running mates on Monday.

Both campaigns hosted events at the Navajo Veterans Memorial Park in Window Rock, Ariz., on Monday to let Navajo voters know who their running mates will be.

Candidates only have five days after the primary election to announce their vice-presidential candidates, according to Navajo Nation Code, and Monday was the last day for both candidates to announce.

Nez will run with Chad Abeyta from Tohajiilee, N.M., while Nygren selected Richelle Montoya Chee from Torreon, N.M. Both vice presidential candidates hail from the eastern agency of the Navajo Nation.

In choosing Abeyta, Nez dropped his current vice president, Myron Lizer. He said during a Facebook Live broadcast on Monday that was grateful to Lizer for his service, but felt the need to change directions for his 2022 campaign..

“It’s a different campaign, it’s a different era,” Nez said. “We’re four years older. We have the experience, and I think that’s what over 17,000 people saw in voting.”

Nez said he sees a lot of the same values his leadership has advocated for during his time as president in his vice president pick, including family values and a bootstrap mentality.

“I am honored to be selected as a candidate for Vice President of the Navajo Nation,” Abeyta, 33, said in a press release. “My wife and I are evidence of President Nez’s commitment to bring our young Navajo people home to serve and become leaders.”

During his speech at the Navajo Veterans Memorial Park, Abeyta talked about how, when he was in college, Nez visited his campus and was encouraging young Navajos to come back and serve their people on the Navajo Nation after they get their degrees.

“That stuck with me this whole time and it still continues today that I am here for you all,” Abeyta said. “President Nez has inspired us to come back to the nation and continue the work they’ve done so far.

“I bring to the table leadership skills, critical thinking and I plan to use creative solutions to address a lot of these things,” he added.

“President Jonathan Nez has demonstrated outstanding leadership, especially during this unprecedented time as he continually works and advocates for the best interest of the Navajo people,” Abeyta said in a press release.

“Our past experience and current expertise provide us with insight into the Nation’s toughest issues and a platform for creative solutions,” Paulene Abeyta said in a press release. “I am confident that President Nez selected a significantly qualified vice-presidential candidate with a true heart for the people.”

Nez said Abeyta and his wife symbolize what many young Diné professionals strive for by pursuing and earning a formal education while upholding the teachings of their elders, and returning home to help and serve their people.

“They worked hard to earn their law degrees and they immediately returned home to help our people the past few years,” Nez said in a press release. “My wife, Phefelia, and I are excited and looking forward to building on the success of the first term in office alongside Chad and Paulene.

“With his upbringing, faith, military service, education, professional experience, and family, Chad will serve our people with great honor and love,” Nez added.

Nygren made his announcement for his vice president at the Navajo Veterans Memorial Park on Monday, noting how, throughout his campaign he’s heard voters talk about the need for more women leaders on the Navajo Nation.

“Our campaign has always been about the voices of our people,” Nygren said in a Facebook Live of his event. “A lot of people across Navajo land expressed the need for women leadership in the president’s office, and I did not hesitate.

“We selected a running mate that is going to help us make history — not only to make history but to be a vice president that will be effective on the local level,” Nygren said. He added that his campaign selected a vice president that will understand veteran issues and know firsthand what it takes to work with our communities at a community level.

“It’s about time that we have a Navajo Nation vice president represent each and every one of you,” Nygren said. 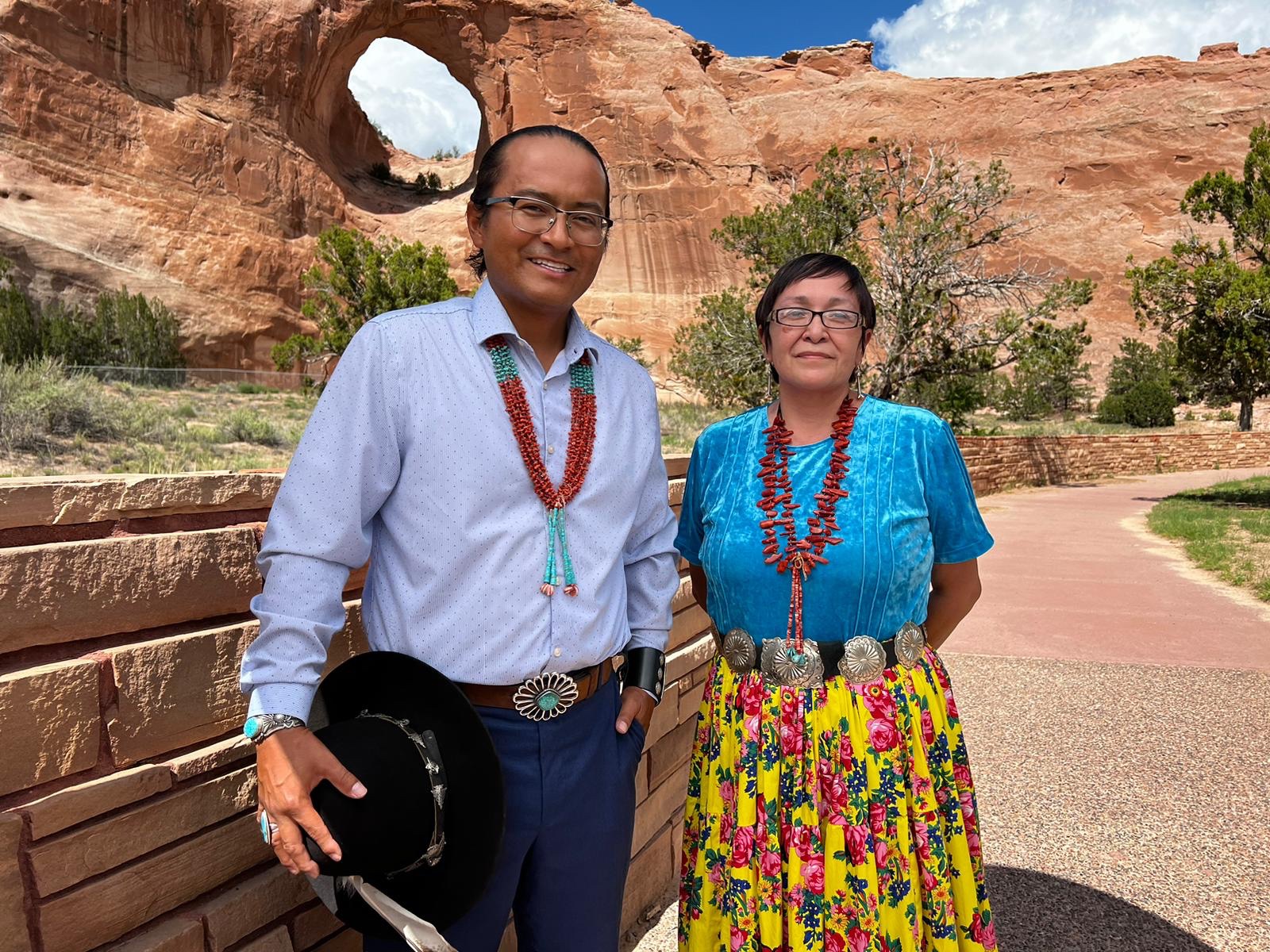 After Nygren’s announcement, Chee stepped up to the stage and addressed the community mostly in Navajo. She shared her clans, family roots, background and her role as a leader in her community, which includes being Chapter president and a part of the school board.

Chee talked about how, in the past, a lot of candidates typically come into the community and take votes from the Navajo people and just move on. She said that needs to stop.

“We bring balance to our traditions and our cultures and that is what needs to happen with our Navajo Nation government,” Chee said. “We need to bring that back to the Navajo Nation.”

Chee said she’s listened to Nygren’s platform throughout his campaign and is interested in everything that he wants to bring to the Navajo Nation.

Thanks to the teaching passed down to her from her nine sisters, Chee said that has helped shape who she is today.

Navajo Nation Council Delegate Eugenia Charles-Newton attended Nygren’s announcement, offering her congratulations and saying that, when she saw a woman walk out, it brought tears to her eyes.

Charles-Newton said it’s a blessing to see a Navajo woman in leadership.

“It is a blessing that this Navajo Nation needs,” she added.

Navajo voters will head back to the polls in November for the general election, where they will determine who their next Navajo Nation president and Vice president will be.

Nez and Nygren made it to the general election in November after voters on the Navajo Nation narrowed down their presidential candidates from 15 to two during the primary on Aug. 2.

All 110 chapters reported unofficial results after midnight on Aug. 3, and results show Nez got 17,073 votes and Nygren got 12,878, according to the Navajo Election Administration.

The Navajo Nation is one of the largest tribes in the United States, with nearly 400,000 citizens. About 175,000 of those citizens live on the Navajo Nation.

Voters are eligible to vote at the age of 18 and must register with their local Chapter House to qualify to vote in any Navajo Nation election. A Chapter House is a local community government, much like city councils, and there are 110 across the Navajo Nation.

After ‘a Lot of Doors Shut in Our Face,’ Crusading Couple Celebrate Passage of Burn Pit Bill

An obscure, but vital, state board overseeing city tax codes hasn’t been able…

KHN’s ‘What the Health?’: On Government Spending, Congress Decides Not to Decide