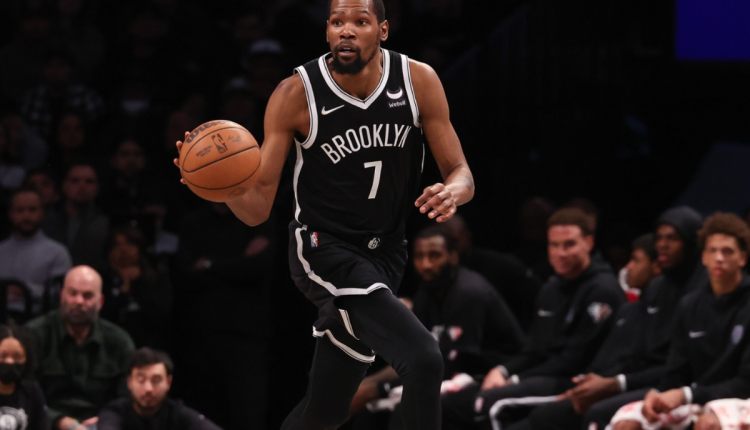 Since the regular season began, trade rumors surrounding the Phoenix Suns and their reported interest in Kevin Durant have simmered.

The Suns have managed to begin the regular season 8-4 despite missing some key pieces at times, again looking the part of a strong playoff team in the West.

The Nets, on the other hand, continue to endure adversity from multiple facets. Brooklyn simply isn’t the team they were supposed to be for one reason or another.

That’s only amplified trade discussions for Durant, who again could be on the move.

If you recall, Durant reportedly had Miami and Phoenix at the top of his wish list when his trade request first became public.

As we creep closer and closer towards the trade deadline, noise will only grow louder if Durant and Phoenix continue on their current paths. Many feel as if the Suns need another superstar to dethrone the Golden State Warriors while it’s time to hit the reset button in Brooklyn.

Heavy.com’s Sean Deveney spoke with one anonymous NBA executive in the West who says the Suns make the most sense for Durant, in terms of trade value.

“Watch the Suns. DeAndre Ayton finally settled on a four-year, $133 million deal as a restricted free agent (first with the Pacers, but the Suns matched) and he can’t be traded until January 15—he also has a one -year no-trade clause but he could waive it to get to Brooklyn,” Deveney said.

“Around the league, Ayton is seen as the most proven young piece the Nets could get in a Durant deal. Phoenix would be a great team with Durant on board, and perhaps willing to sell out the future a bit for two or three more chances at the NBA Finals.”

“Ayton always made the most sense as a return piece for (the Nets),” the anonymous West exec told Deveney. “There might have been more to the talks between those teams in the summer if his contract situation wasn’t what it was. But, what else would Phoenix give up?”

Jae Crowder still lurks in the shadows, and with Cam Johnson not getting an extension of this offseason, his services are on the table as well.

Phoenix had conversations earlier this season that ultimately went nowhere. Will feelings, attitudes, need or trade packages change to land Durant in the Valley?

Time will tell, yet there’s still some smoke when it comes to the Suns and Durant.