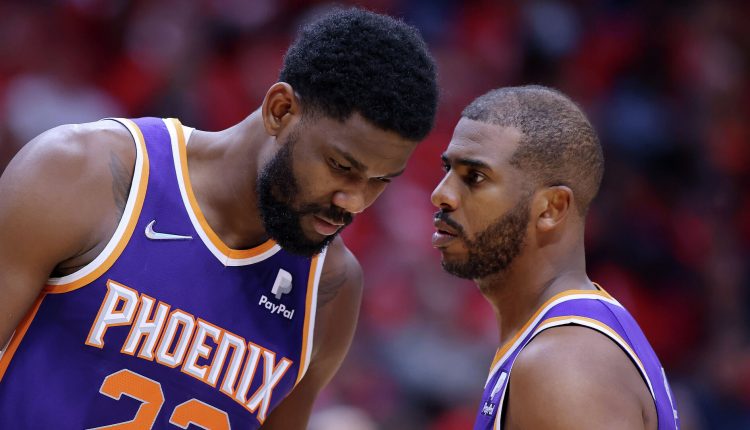 The NBA offseason has finally begun.

Until the next news bomb drops.

This is normally the slow period and still could be. The predraft process, complete with its trade talks and roster decisions, ended. The draft came and went, followed by the usual free agency transformation of rosters, along with a healthy number of trades.

With summer league complete and front offices generally heading to beaches and golf courses – albeit with cell phones at the ready – things generally get quiet.

But Kevin Durant is still with the Brooklyn Nets, though he would rather not be. Russell Westbrook is still in Los Angeles, though the Lakers perhaps would prefer if he was not. The Jazz’s rush to emulate the rebuilding process of the Thunder and Rockets has not got around to a deal to ship out Donovan Mitchell, but that could happen, too.

For now, with enough complete, it seems time to consider the way the deals that have been completed have changed the NBA power structure, from the champion Warriors’ changing out role players to the runner-up Celtics bringing in reinforcements to the annual Lakers’ drama in an effort to keep up with the resurgent team down the hall.

The countdown of the teams expected to make the playoffs:

The Suns stood pat as if that was their intention all along. That would make sense. They won 64 games last season after reaching the NBA Finals the year before.

It is not clear, however, if that was what they wanted or if it is why. It is not even certain after an offseason with relative inactivity, they are through dealmaking or if they will be a player in the Kevin Durant sweepstakes.

For now, the biggest move they made was relenting and matching the four-year, $133 million offer sheet center Deandre Ayton signed with the Pacers, the largest offer sheet in NBA history.

The Suns did not hesitate to match the offer, as if the unwillingness to do a contract extension before the season or to make the sort of contract offer any other team could seem to be in the hopes of lucking into some savings. But assuming that the Suns were never going to let Ayton get away, they should remain in the championship mix.

Though the Suns seem too good to not have enticed a helpful veteran to join them, the roster already is remarkably balanced with pieces that fit tremendously well.

Some of Ayton’s success – he averaged 17.2 points on 63.4 percent shooting last season – comes from playing with the ideal point guard for a pick-and-roll center, as evidenced by how Chris Paul made it work with Bismack Biyombo when Ayton and JaVale McGee were out.

Paul typically runs the Suns’ offense masterly, but they do not have to lean on him too heavily with Devin Booker averaging 26.8 points on 46.6 percent shooting and 38.3 percent 3-point shooting to drive much of the offense. Cameron Payne brings steady play as Paul’s backup, allowing Paul to average a manageable 32.9 minutes and to pick his spots.

That also kept him fresh to be the driving force behind the Suns’ remarkable play in clutch situations, games in which the Suns went a league-best 31-9. The Suns were so good late in close games, they made 57.8 percent of their shots, 43.1 percent of their 3-pointers, outscoring opponents by an incredible 33.4 points per 100 possessions, well more than twice the next-best clutch performance in the situation league.

That adds up to ample reason to run it back, with the nine players that averaged the most playing time all returning.

But things did not go nearly as well in the postseason, perhaps bringing some warning signs. By the time the Mavericks blew out the Suns in Game 7, Ayton was benched with Suns coach Monty Williams – who was coach of the year and signed an extension as a key part of the stand pat plan – offering no explanation.

With no clear shortcoming – the Suns were top five offensively and defensively – there was not an obvious step to take in the offseason.

Letting Ayton, the first pick of the 2018 draft who went to high school in Phoenix and college at Arizona, walk would have represented a huge change. Something could still be coming, especially if whatever came between him and Williams in Game 7 is not left “in the past” as Ayton put it by the time that he is trade eligible in January.

The Suns could win their way past memories of the disappointing end to what had been a sensational season. They still remain at the top of the league, having not altered what worked. But after the happy ride since the bubble was sidetracked, there is also a good deal to prove.