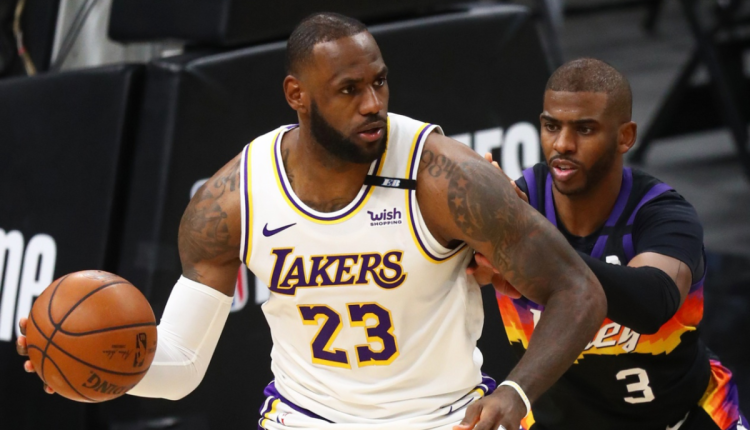 LeBron James to the Phoenix Suns.

No, James was not traded to the Suns but one NBA scout believes that the idea may not be too far-fetched.

After an abysmal 2-10 start for the Los Angeles Lakers, all sorts of rumors are swirling around on what the Lakers may do next. Some believe the Lakers should go into full rebuild mode before it is too late as they lack draft capital and young talent.

A full rebuild would include trading James. There are not many destinations that would appeal to the 37-year-old mega star but Phoenix makes sense according to a scout who spoke to Fox Sports’ Ric Bucher.

“It’s the one place he’d be welcome with open arms,” ​​the scout said. “In Phoenix, with LeBron, I think Chris [Paul] would finally get his ring.”

It is no mystery that James and Paul are close friends dating back to when the two of them were in their twenties. James was even in attendance for the Suns Game 5 matchup in the 2021 NBA Finals against the Milwaukee Bucks to support his good pal.

James has already played with his friend Dwyane Wade with the Miami Heat and Carmelo Anthony with the Lakers so why not team up with the final member of the proclaimed “Banana Boat Crew.”

For the Suns, the team is at a point where if they don’t win a championship it is a failure of a season. With Paul already at 37-years-old, the time is now to go all out and secure the pieces to go on a championchip run.

Having depth on your roster is nice, but the NBA is a star driven league and James is the ultimate prize. He is still playing at an elite level averaging 24.9 points, 8.8 rebounds and 6.9 points.

Similar to the Kevin Durant trade rumors this past offseason, the Suns would likely have to give up a package centering around Mikal Bridges, Cam Johnson and multiple future draft picks.

Suns general manager James Jones also played with James with both the Heat and the Cleveland Cavaliers which makes the Suns an even more desirable destination for the “King.”

It may feel like a long shot but James to the Suns could be a move that shocks the NBA world in the near future.