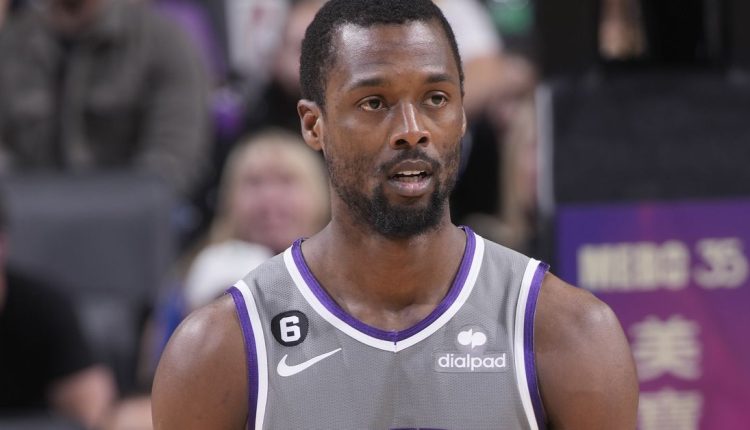 It’s officially that special time of the year again for the NBA: Trade Rumor season. Shams Charania of the Athletic is back with all of your yearly favorites such as: the Atlanta Hawks are shopping John Collins, the Philadelphia 76ers are open to trading Tobias Harris and, of course, the New York Knicks want to make a trade.

Another rumor Charania mentioned that Sacramento Kings fans are quite familiar with is that a team has shown interest in trading for Harrison Barnes. This year, that team is the Phoenix Suns.

Here is what Charania wrote:

The Suns have a handful of first-rounders to move, but given the team’s impending ownership change, it’s also uncertain how many future assets the current regime can move. In addition, the Suns expressed interest in forwards such as Sacramento’s Harrison Barnes, Washington’s Kyle Kuzma and Houston’s KJ Martin, league sources have said.

Earlier this season, Phoenix lost a key role player in their promising young forward Cam Johnson, who suffered a meniscus injury that required surgery. Though HB is lacking the explosion and athleticism of the younger Johnson, he can counter with veteran experience that would surely benefit a team that already has its core pieces set.

The Suns are also coming off a tumultuous offseason, as some very large ownership and front office conduct issues leaving a lot of questions surrounding the team’s future. As Charania mentioned in his article, it’s not clear how far-reaching of changes this front office is cleared to make. In my mind, it is hard to see HB being worth a first rounder. He is off to one of the worst statistical starts of his career and will be turning 31 at the end of this season. Yes, trading draft picks is always a risk, but trading one for HB would become high-risk and low-reward.

It is also important to note that the Kings are playing some great basketball at the moment and honestly don’t need to make any changes to their roster. They have depth, great chemistry and are simply just having fun playing ball night in and night out. Trading HB could damage the team just as much as it could improve it.

Also on that report about Harrison Barnes. Sacramento is playing great, they are one of the surprise teams in the league, they are not trading him. Mike Brown loves him. The Suns and Kings had a discussion about him over the summer but none since. That one is also false.

Unless the Suns offer the Kings a trade they simply can’t refuse — which is almost definitely not happening — I think it would be best for the Kings to just sit tight and let the beam…sorry…let the team ride this wave they’re currently on. Even if they aren’t putting up crazy numbers anymore, a vet like Barnes can still be an invaluable member of the locker room. The Kings are still pretty young, so having HB as an on-the-court coach could pay dividends later this year, and they certainly shouldn’t be in a rush to move him.