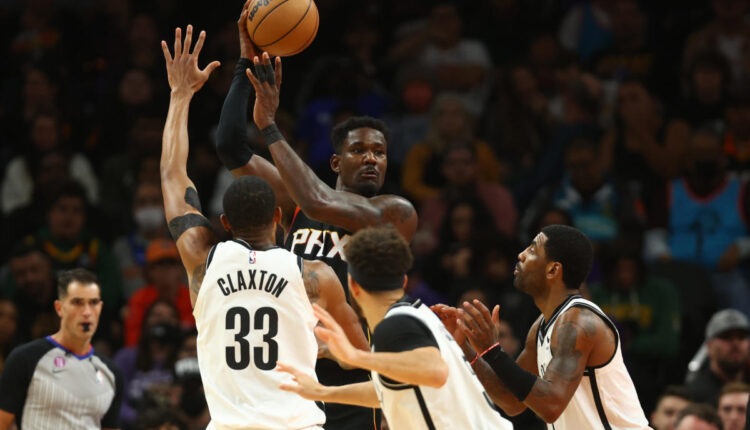 The Brooklyn Nets strolled into the Footprint Center on Thursday to face the Phoenix Suns for the first of two matchups this season and lost 117-112. Phoenix leads the regular-season series 1-0.

For the Nets, Kyrie Irving had 30 points and seven assists while Nic Claxton had 20 points, 11 rebounds, and three blocks. Joe Harris and Seth Curry had 16 points each.

For the Suns, Mikal Bridges had 28 points and nine assists while Deandre Ayton had 24 points and 14 rebounds. Cameron Johnson had 19 points off the bench after missing two months with his knee injury and Damion Lee had 16 points.

This game was close in the first quarter as neither team played much defense, but the game turned into a blowout between the second and third quarters. Phoenix out-rebounded Brooklyn 49-34 as the Suns absolutely crushed the Nets on the glass. Ben Simmons was ejected in the third quarter after being called out for an illegal screen and was tossed after mouthing off to the ref.

Things turn on his head in the fourth quarter when Irving scored 21 points in the period to bring Brooklyn within single digits. In the end, it was too little too late as the Suns made free-throws to seal the game and escape with a win.

Here’s how NBA Twitter reacted to the Nets’ loss: