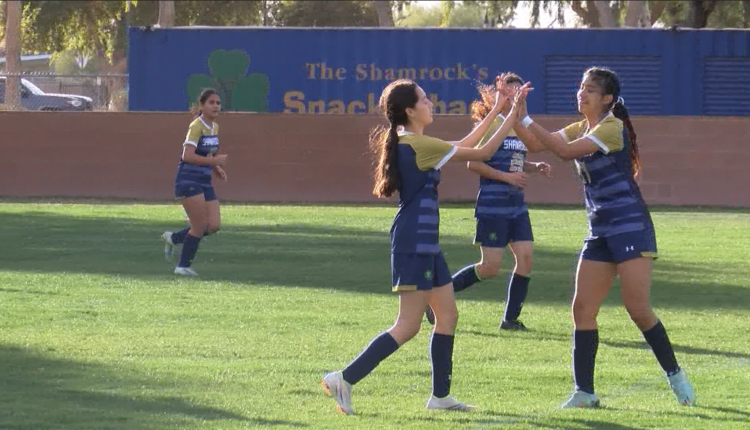 NBC 11 Sports: Tigers slay Vikings in girls hoops, big day for Yuma Catholic on the pitch and the mat

YUMA, Ariz., (KYMA, KECY) – The Imperial Lady Tigers win their 15th game of the season, continuing their winning ways over the Holtville Vikings who have been chasing their tail for some time.

Meanwhile, Yuma Catholic soccer has a good day at home with the girls winning in dominant fashion, while the boys squeak out a thriller on a lone penalty kick goal.

The success continued for the shamrocks on the mat, as well. Yuma Catholic sweeping the day over five schools in Parker, led by eight wrestlers having a perfect day and improving to 30-6 in dual meets.

Staying on the mat, the Yuma Criminals wrestling squad went 2-1 on Tuesday night as they await a tough tournament this coming weekend.

Antelope went 2-3 on the day, being one of the victims of Yuma Catholic’s big day. The Rams falling short after a good past weekend from the girls where Alaina Jaime placed first at the Joseph City Invitational, going an incredible 9-0.