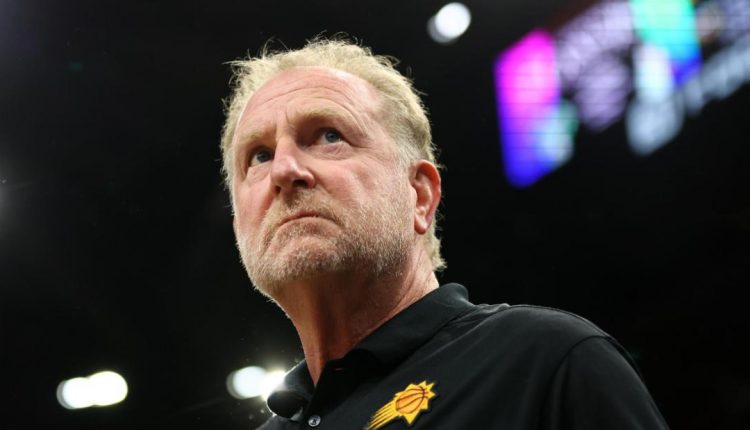 Appearing on ESPN’s NBA Today with Malika Andrews on Friday, Tremaglio was asked to clarify her stance having posted a Twitter thread on Thursday in which she said that Sarver should never hold a managerial position again.

When asked whether she meant a lifetime ban for Sarver, Tremaglio agreed.

“We are absolutely clear from the findings that are in that report that we do not want him to be in that position.”

On Tuesday, the NBA investigation announced it had fined Sarver $10 million and suspended him for a year after an independent found he engaged in hostile, racially insensitive and inappropriate behavior.

The report, commissioned by the NBA last fall, found Sarver had “engaged in conduct that clearly violated common workplace standards, as reflected in team and league rules and policies. This conduct included the use of racially insensitive language; unequal treatment of female employees; sex-related statements and conduct; and harsh treatment of employees that constituted bullying on occasion.”

Part of the findings found Sarver had “on at least five occasions during his tenure with the Suns/Mercury organization, repeated the N-word when recounting the statements of others.”

When asked, Tremaglio said she was “speaking on behalf of our players.”

“It is our players’ desire that, while we understand that there has been a thorough investigation and we’re very pleased that the NBA was able to follow through on that — because that’s clearly something we want to see happen — we also want to make it very clear that we do not want him back in a position where he will be impacting our players and those who serve our players on a daily basis.”

Also on Friday, PayPal CEO Dan Schulman said the global technology platform and digital payments company will not renew its sponsorship with the Suns if Sarver stays with the team.

“PayPal is a values-driven company and has a strong record of combatting racism, sexism and all forms of discrimination,” Schulman said in a statement. “We have reviewed the report of the NBA league’s independent investigation into Phoenix Suns owner Robert Sarver and have found his conduct unacceptable and in conflict with our values.”

In October 2018, the Suns announced PayPal would be the team’s first-ever jersey patch partner.

“PayPal’s sponsorship with the Suns is set to expire at the end of the current season. In light of the findings of the NBA’s investigation, we will not renew our sponsorship should Robert Sarver remain involved with the Suns organization, after serving his suspension,” the statement continued.

“While we strongly reject the conduct of Robert Sarver, we remain supportive of the team, its players and the experienced and diverse talent now leading the organization, including Head Coach, Monty Williams, General Manager, James Jones, Assistant General Manager, Morgan Cato , and Senior Vice President of People and Culture Kim Corbitt.”

On Thursday, in an open letter to Phoenix Suns employees and players, team vice chairman Jahm Najafi called on Sarver to resign, while NBA greats LeBron James and Chris Paul have criticized the NBA for the punishment handed to the Suns owner.

NBA commissioner Adam Silver explained why Sarver wasn’t given a lifetime ban for his comments.

Silver said, per NBA.com: “The equivalent of a $10 million fine and a one-year suspension, I don’t know how to measure that against a job. I don’t have the right to take away his team .. . but to me, the consequences are severe.”

CNN has reached out to the Suns but did not immediately hear back.

Journalists Look Into Wildfire Trauma and the South’s Monkeypox Response