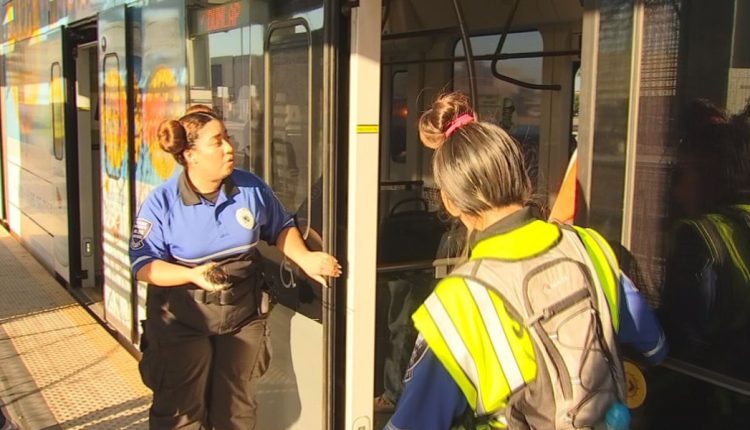 PHOENIX (3TV/CBS 5) – New data from Valley Metro shows there’s been a significant spike in crime on the light rail system. It comes a day after Arizona’s Family reported a disturbing attack and robbery on the light rail. Cell phone video captures a hammer-wielding suspect going after a man who had intervened to stop a fight.

Valley Metro’s data shows the total number of incidents has increased. It was 1335 in 2020, 1618 in 2021, and 2482 in 2022, and the year isn’t over. The increases happened across all three cities, Phoenix, Tempe, and Mesa, with the most dramatic rise in Phoenix. The data breaks down the numbers into three categories: crimes against persons, property crime, and code of conduct – which include trespassing, disorderly conduct, and disruptive passengers.

“I used to take it at night, don’t take it no more. It was just really bad… I’ve seen some altercations happen where I’ve tried to step in and ended up not working out in my favor, I should have just kept my mouth shut,” Clarissa St. Peter said. She explained that she uses the light rail to get to and from work on a daily basis.

Our crew spotted one such concerning interaction during their ride Friday evening. It appeared a guy who was drunk tried to board a train. Their security guards stopped him and alerted Phoenix Police. “I’ve seen violence on the light rail… I’ve seen bad things happen, people get hit a lot,” Shawn’Tice Bonnei said. Bonnei said it’s especially bad early in the mornings and late at night.

In response to the incident regarding the hammer-wielding suspect, Valley Metro provided the following statement:

Valley Metro is committed to delivering safe, reliable, high-quality transit experiences for our customers. The assault on Oct. 14 was not a random act, but one in which there was intentional provocation between passengers. We are very appreciative of our partnership with the Phoenix Police Department who responded on scene quickly and helped restore a safe public transit environment. The incident in this video is not representative of our daily light rail service. Each day, we make 167 trips traveling a total of 4,100 miles across Phoenix, Tempe and Mesa with minimal incident. Field security officers are available for rider safety across the system and we also encourage passengers if they see something, say something through our Alert VM real-time reporting app. Maintaining a safe and reliable system for all fare-paying riders is our ongoing mission and focus.