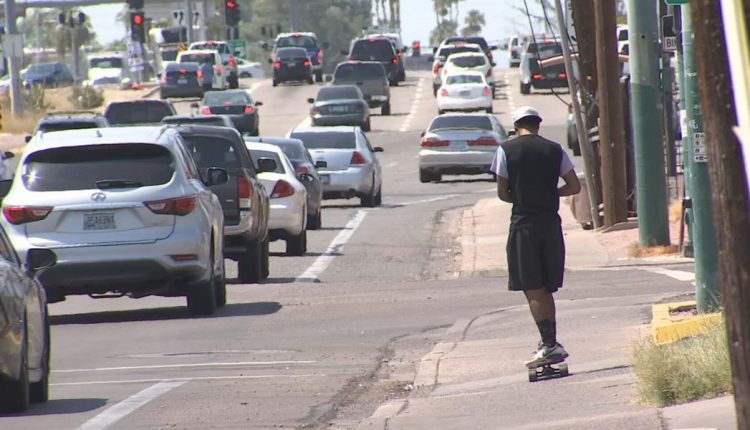 PHOENIX (3TV/CBS 5) — Phoenix is ​​the fifth most dangerous city in the US when it comes to pedestrian and bike rider safety, according to the National Highway Traffic Safety Administration. It’s a distinction that the city earned a prominent place in a new documentary, The Street Project. The film is designed to draw attention to how dangerous walking, riding and driving can be in big cities worldwide.

Executive producer Jennifer Boyd said it’s important for people to know that changes can be made to save lives. “People aren’t wandering in the streets staring at their cell phone,” said Boyd. “They aren’t riding bicycles and swerving into traffic because they are staring at their cell phone. People walking and cycling know they don’t have a fair shot, a car hits you, you’re dead.”

Phoenix has installed 35 new HAWKS since 2019, but community activist Stacey Champion insists they need more. “Our streets are dangerous by design,” said Champion. “When I say that, I mean we have these big wide streets with a lot of lanes with very fast moving traffic. We also have a lot of red light runners here. All of this leads to our streets not being safe for those who are walking, or biking, and not everyone has a car.”

On Wednesday, the Phoenix City Council approved a Vision Zero Road Safety Action Plan to address more street safety issues with $10 million in annual funding. “These are our streets and they should be for everybody to use safely,” said Champion.

A one-night screening of the Street Project will be held at the AMC theater at the Arizona Center in downtown Phoenix Thursday night. For ticket information, click/tap here. The documentary is also available on Amazon Prime.