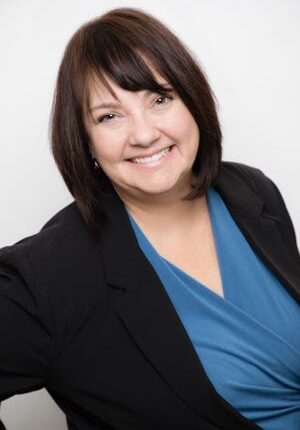 Becky Daggett was sworn this week as the new mayor of Flagstaff along with four councilmembers who were elected last month.

“I’ve already started meeting with people and talking about issues and I’ve got this running list of topics that I want to speak to staff and to my fellow council members about,” Daggett told The Arizona Republic in the weeks between the election and her assuming office.

“In the immediate short term I’m looking forward to building relationships with each of the councilmembers and to hearing what their concerns and hopes are and doing the same with city staff,” she said.

Daggett previously served as a Flagstaff City Council member before being selected as vice mayor in 2020.

Daggett is a longtime resident of Flagstaff, graduating from Northern Arizona University with degrees in public relations and sustainable community development. Before running for office, she worked as the business retention and executive manager for the city in addition to serving as the executive director of two arts organizations.

Daggett has long listed affordable housing and climate action as two of her biggest priorities for the city and voters largely agreed with her when they overwhelmingly supported a $20 million ballot measure to help create rental and home ownership opportunities for current and future residents in Flagstaff.

The city also would expand the homebuyer assistance program, which provides financial aid to new homebuyers, especially for down payments and closing costs.

“Redeveloping all the city-owned housing is a huge endeavor,” Daggett said, and she intends to work quickly to coordinate with city staff to get those projects started as soon as funding becomes available.

Voters also passed Proposition 441 which would bring the city a nearly $58 million investment in city services such as wildfire suppression, stormwater flood mitigation and wastewater treatment.

“I think between those (ballot measures) passing and all of the conversations I had with voters over the course of the campaign, I feel that I’ve had a good representation of views represented to me on various topics,” she said.

“And that’s not to say, of course, that I’ve heard from everyone and I intend to keep getting out into the community and making sure that I’m hearing from people, but I do feel like I’ve got a good sense of where the community wants to see us heading,” she said.

KHN’s ‘What the Health?’: The Covid Response Coordinator Speaks