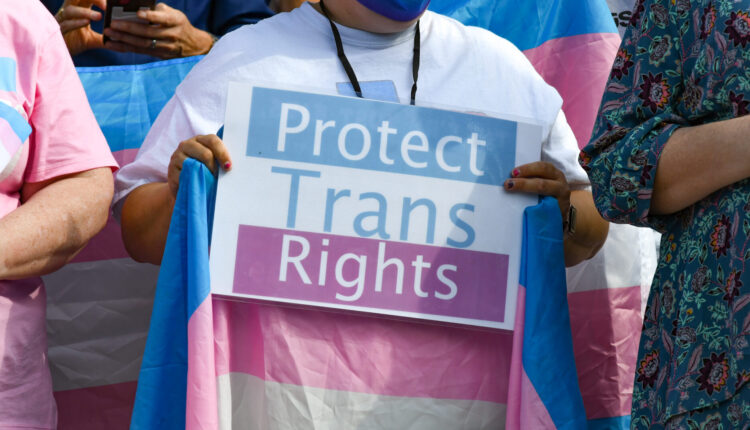 Arizona legislators are beginning to file bill proposals for the upcoming legislative session and one of the first seeks to restrict the use of students’ preferred pronouns in schools.

The proposal, aimed at transgender and nonbinary students, comes on the heels of a year marked by a wave of anti-LGBTQ laws across the country. The GOP-controlled legislature in Arizona joined the movement, approving a law that bars trans girls from joining competitive sports teams that align with their gender identity and another that prohibits doctors from providing gender-affirming surgeries for trans youth.

The new bill continues the ongoing culture war waged by conservative politicians by attempting to ban the use of pronouns that deviate from a student’s biological sex. Senate Bill 1001 prohibits teachers from using a student’s chosen pronouns without first securing a parent’s written permission. It also protects school employees who don’t agree with the use of a students’ preferred pronouns because of a “religious or moral conviction” from being forced to comply.

Republican state Sen.-elect John Kavanagh said the bill makes sure parents are informed about the decisions their children make. Kavanagh also plans to include a provision that requires parent approval before teachers call students by a name other than their given one.

“Under my bill you can call a person by a different pronoun or you can even call the person by a name associated with the opposite biological gender, so long as the parents have given permission,” he said.

While Kavanagh maintained the bill isn’t an all-out prohibition, it is effectively an opt-in system that hinges on parental involvement.

A law passed earlier this year allows parents to receive any school records about their children. It originally included language that criminalized teachers who withheld information about a student’s gender identity or request to transition. LGBTQ advocates criticized it as potentially outing and endangering students who have hostile families, and the language was revised to remove explicit references to gender, although it still allows parents to request any school documents, no matter how sensitive.

Kavanagh rejected the idea that his bill may face similar criticism, saying that the majority of parents want to help their children, not harm them. Keeping parents in the loop, he added, means empowering them to help students who may be struggling.

“Transgender students are often under psychological stress,” he said. “In fact there’s a term…called gender dysphoria and that type of condition needs parental assistance and perhaps even medical attention that the parents refer the student to. This cannot happen if the school keeps the parents in the dark.”

Suicide rates remain high among transgender students, with trans youth twice as likely to consider suicide as their peers. Studies show that gender-affirming care — which may include pronoun use consistent with the gender the person identifies with — a sense of belonging at school and acceptance from adults contributes to lower rates of suicide risk.

The bill may face an uphill battle next year, when Democratic Gov.-elect Katie Hobbs takes office. While she didn’t respond to requests for comment, Hobbs condemned the surgery and sports bans passed earlier this year.

“I’m not willing to assume that Gov. Hobbs would want to keep parents in the dark, especially when the children have a condition that results overall in higher suicide rates,” he said. “I think parents need to know, they need to get help for the children (and) counseling. I’m not going to assume the governor would oppose that.”

LGBTQ organizations denounced the proposal as yet another attack on LGBTQ youth across the state. Bridget Sharpe, director of the Arizona chapter of the Human Rights Campaign, the nation’s largest LGBTQ advocacy group, called the bill “mean-spirited” and said there are other issues facing Arizonans that need resolving.

“It’s incredibly disappointing that Senator-Elect John Kavanagh and his extremist allies have chosen to prioritize attacking children and their families as their first priority for this session,” she said, in an emailed statement. “By introducing SB1001 they are simply using their power to ostracize children for their pronouns…With so many other real, not made up issues plaguing Arizonans, this piece of legislation shows the point of their politics is simply cruelty, not legislating.”

Tami Staas, executive director of Arizona Trans Youth and Parent Organization said the bill has the potential to worsen outcomes for trans youth across the state. Kavanagh should be looking at ways to mitigate that tragic reality, not add to it, she said.

“Trans and non-binary youth have a significantly higher rate of suicide than their peers as the data and research has shown,” Staas said in an emailed statement. “I would think (Senator-Elect) Kavanagh would want to protect the vulnerable children of Arizona instead of putting them at higher risk as this law would do.”

How David Stevens is making Cochise County a ‘laboratory’ for election…