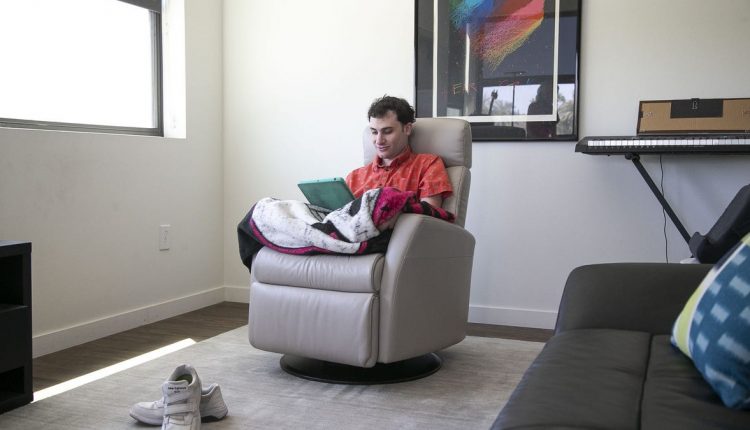 Metro Phoenix’s housing shortage is a problem for many, including people with autism and other neurodiversities.

A market analysis to determine the housing needs and preferences of adults with autism and other intellectual and developmental disabilities is being launched to tackle the big dilemma for many families.

And it’s needed for the growing population. In 2021, the Arizona Health Care Cost Containment System reported a 54.2% increase in the number of people with an autism spectrum disorder being helped by its long-term care system.

That compares with a 4.3% increase for the overall number of people helped by state health care.

The first-ever study will be done by the First Place Global Leadership Institute Center for Real Estate & Community Development.

The analysis will collect market data, identify barriers and explore how public, private and nonprofit groups can work together to create housing for adults with autism and other neurodiversities.

It’s fitting the study would be launched in metro Phoenix since the area was named the “most autism-friendly city in the world” in a 2016 PBS NewsHour series.

Denise Resnik, First Place AZ founder, CEO and mother of an adult son with autism, said looming questions for parents with ASD children is, “’Where will my loved one live? Who will care for them, and how will they thrive when I’m no longer here?’”

Resnik and her husband, Rob, began asking those questions almost 30 years ago when their son Matt was diagnosed with autism.

“We experienced the kind of pain for which there is no relief,” she said. “We didn’t know where to go or what to do. We barely knew what autism was.”

The Resniks worked for years with other parents of children with ASD, public, private and nonprofit groups to develop the $15.4 million residential project First Place. The 63 apartments opened to residents in 2018.

The housing project offers support and amenities for people with autism, Down syndrome, traumatic brain injury and other neurodiversities.

So far, 150 residents in their early 20s to their 50s have called First Place home.

And the nonprofit teamed up with the Foundation for Senior Living to create two affordable Phoenix housing properties – Spectrum Courtyard and 29 Palms — for adults with autism and seniors.

The number of children diagnosed with autism is now one in 44. That compares with one in 2,500 almost 30 years ago.

The housing study will take online surveys between Aug. 4-22. People with autism and other neuro diversities as well as community leaders and housing analysts are invited to participate and can sign up here.

“The study is the foundation to make it possible for housing developers, support providers and technology innovators to grasp the needs of this market,” said Maureen Casey, director of The Daniel Jordan Fiddle Foundation Center for Public Policy and the Colonel Harland Sanders Center for Applied Research at the Global Leadership Institute.

Study results will be discussed at the 11th First Place Global Leadership Institute Symposium in October.

“Families like ours that receive the daunting diagnosis should be able to access promising interventions and keep dreaming about futures with friends, jobs, health care, homes, a supportive community and opportunities to learn and thrive at every age,” Resnik said.