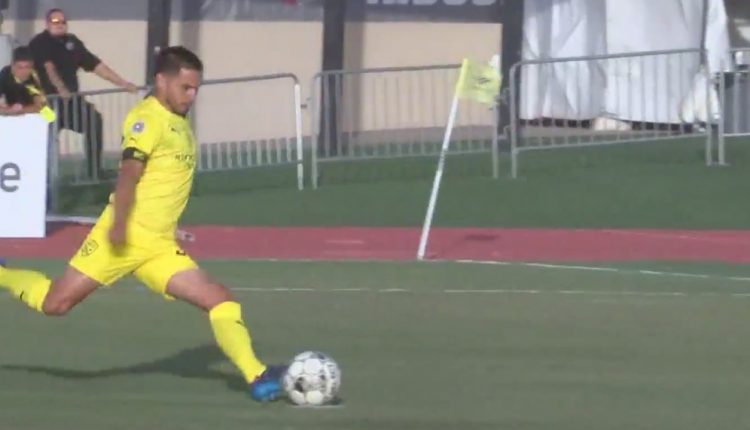 ALBUQUERQUE, NM (KRQE) – New Mexico United put a flurry of goals through the net Tuesday night to exact revenge and route Phoenix Rising FC 7-0. It was the first meeting between the two clubs since they played a pair of games in Phoenix with Phoenix winning both and knocking New Mexico out of the Open Cup.

Phoenix played Tuesday’s match with at least 8 of their academy players in the lineup. Eleven people in the Phoenix organization were still in quarantine for COVID, which prevented the match from being played on its original date of last Saturday.

Chris Wehan got the scoring going for New Mexico in the 6th minute on a free-kick. That was followed by a penalty kick goal from Justin Portillo. Portillo would score two goals by way of penalty kick. New Mexico went into the half leading 4-0 and continued to score when the game resumed.

Former Albuquerque high standout Christian Nava highlighted the scoring by pushing the first goal of his professional career through the net in the 78th minute. The packed house of fans at the UNM Soccer and Track Complex also got a chance to see a fan-favorite return to competition.

Devon Sandoval made his first appearance in a New Mexico United match in at least 7 months. Sandoval is coming back from a heart condition that created uncertainty on if he would ever play again. With the win, New Mexico picked up a much-needed three points in the standings. New Mexico United returns to the road Saturday to play Indy 11.