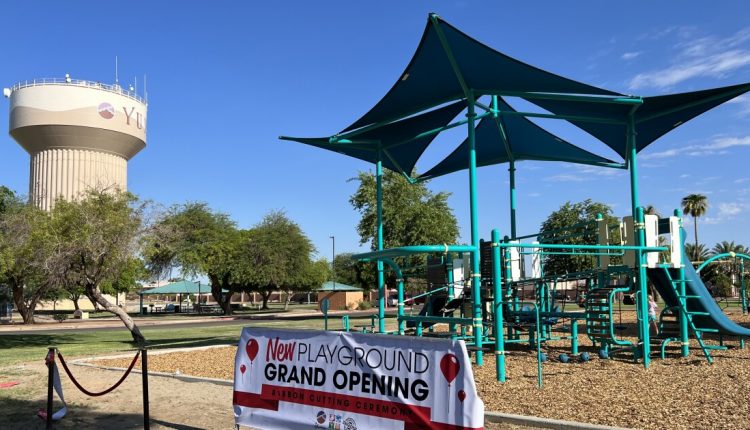 The playground is at Caballero Park near the Yuma water tower and Yuma Civic Center.

Eric Urfer is director of Parks and Recreation for the City of Yuma.

“Well, it just gives another great option to have a safe place to come play,” Urfer told KAWC. “This particular park is amazing for families. We have a spray ground that’s really close by. We have lots of open play space plus the playground and a ramada next to it. This is truly pretty special so we’re hoping people come out and take a look at the new playground and just know this is the first of many more to come.”

Urfer said the plan to two replace two city playgrounds this year- Caballero Park and Joe Henry Park- and five next year, with more later. They’ll be funded either through the city budget or grants.