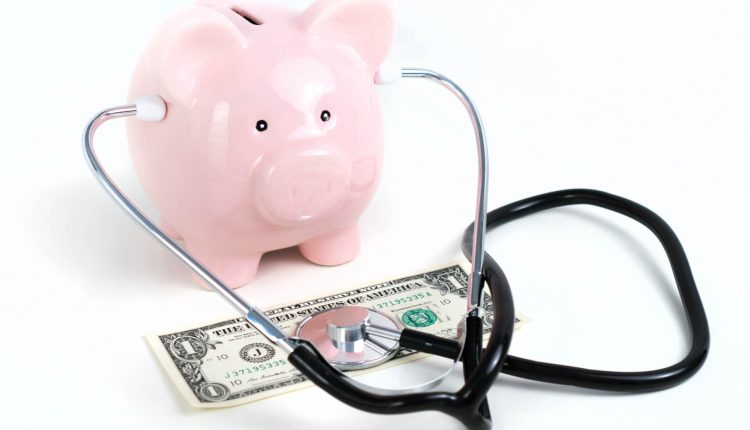 Nine years ago, Laura Gjacs became a full-time mom. And while getting paid in smiles and kisses is nice, it doesn’t exactly help her care for her daughter Tori, who suffers from a rare autoimmune disorder.

But thanks to a newly implemented program, Gjacs and 700 potentially eligible Arizona parents can be trained and then paid to care for their medically fragile children.

Last year, Arizona became the third state in the nation to allow people to be trained and hired by home health agencies as licensed health aides to care for family members under 21 who qualify for long-term, around-the-clock care. The Family Licensed Health Aide Program launched April 1 with the goal of easing burdens on the families who need the most support.

Days in the Gjacs household are never slow. Tori alternates between doing her favorite things like painting or watching YouTube videos and receiving necessary care like getting treatment with her inhalers four times a day to make breathing easier or using a G-tube to eat. Despite being approved for in-home nursing since she was 3, she hasn’t had one since 2020, and service was intermittent before that.

“There were times where I really could’ve used nursing,” said Laura, who took on the role instead.

Last summer, Tori’s health took an unexpected downturn when she developed a lesion on her brain that led to the paralysis of her diaphragm and legs. Being in and out of the hospital was especially difficult and Laura would have been grateful for some extra professional supervision — but nurses weren’t available. When Laura took a shower, Tori joined her in a high chair. And when one of Tori’s medications kept her awake long into the night, Laura was equally sleep-deprived the next morning.

Amid a nursing shortage, training parents saves time and money

Arizona, like the rest of the country, is dealing with a nursing shortage caused by a retiring workforce and worsened by pandemic work-conditions which is estimated to continue until 2030. In Maricopa County alone, the exodus of nurses has increased by 40% since April 2020.

“If I go in for a surgery, I’m not gonna do all the prep and spend every minute with the surgeon,” reasoned Johnson.

Instead, parents are trained in the lower acuity parts of their child’s specific care plan, including things like G-tube feedings, medication administration, and tracheostomy care. Home health agencies can then direct nurses that are available to cases with higher level needs, like children on ventilators or IVs, or whose health is more at risk, as Tori’s was last summer.

“People bring home newborns everyday, and you don’t know what you’re doing — and that’s a regular, typical eight-pound baby,” she said. “Some take home a baby with oxygen or a tracheostomy.”

When parents aren’t in the know, the health outcomes for their children suffer, Johnson added. Properly cleaning the stoma created by a tracheostomy, for example, reduces the chances of respiratory distress, and keeps kids at home longer and out of hospital rooms. Continuous and careful care, Johnson said, is the key to ensuring that medically fragile children remain stable.

‘We’re not going to be destitute’

Laura is the first parent in the state to become a licensed health aide, having gotten her preliminary clearances and certifications done in March in anticipation of the program’s rollout in April. She finished Team Select’s training session in two days — one of them spent with her phone on hold next to her as she tried to secure a substitute for Tori’s G-tube formula, which the hospital had run out of. Those kinds of derailing incidents, she said, would make having a traditional job nearly impossible.

Until now, her husband has been the sole source of income, and being able to supplement that with her earnings as an LHA has helped both of them breathe easier, especially as costs of living have climbed. An injury that puts him out of work won’t be as threatening, she said, and unexpected bills like the recent spike in gas prices and some of Tori’s health care costs can be more easily resolved now.

“It definitely has offered some peace of mind, knowing that, if something horrible happens, we’re not going to be destitute, we’re going to be OK,” she said.

COVID-19 fears are alleviated by the new income, as well. Tori takes a monthly injection to stave off neuromyelitis optica, a disease that attacks her central nervous system and which caused her recent paralysis. The shots, however, are immunosuppressants. Not having to take a job outside her home in the future means that Laura doesn’t have to worry about potentially bringing the virus back with her and infecting Tori.

The pay also allows Laura more financial freedom. Her to-do list can be better prioritized with extra spending cash on hand. If she isn’t able to finish some of her smaller chores, she can pay a family friend’s kid to mop for $20, for example.

“You just need help sometimes, you know?” she said.

While the program is a boon for parents like Laura who were forced to abandon the workforce to care for children — she left a job in social work and health care administration when Tori was an infant — it doesn’t place any extra strain on the state budget.

Saving money through ‘a better model’

The state reimburses home health agencies like Team Select and Thrive SPC for hiring registered nurses, licensed private nurses and licensed health aides at different rates, with the latter two costing the state significantly less. The home health agencies set wages based on those reimbursement rates; LHAs are reimbursed $64.85 per visit by the state, which is defined as two and a half hours. LHAs don’t get allocated extra hours either — the child is granted a set amount of hours based on their needs and those are divided up between LHAs and RNs or LPNs.

“For every hour that we replace a nurse with an LHA, we’re saving the state probably $15 to $25 an hour,” Johnson said.

Low cost doesn’t mean low quality, however. Emma Mamaluy, chief counsel for the Arizona Board of Nursing, which approves licenses for LHAs and training programs for agencies, said that both must meet high standards of performance. Health home agencies must be Medicare and Medicaid certified. They are also being continuously overseen by regulatory state agencies like the Department of Health and Human Services and the Department of Economic Security.

All of this, Mamaluy said, shows that the agencies have several layers of protection in place for patients.

Training programs must be tailored to the patient and be taught by registered nurses with at least two years of experience in pediatrics or medical care that includes the skills LHAs are required to learn. LHAs in the Family Licensed Health Aide Program are licensed only to care for their specific patient, and can’t provide services for the general public. Family members, Mamaluy said, were already providing a lot of the care an LHA is trained to do, but defining it through licensure helps protect a vulnerable population.

“If the parent learns how to do some tracheostomy care, and that saves a couple visits from the nurse, that’s great as long as it’s safe,” she said.

Even after they’re authorized to begin work, LHAs are subject to periodic supervisory visits from registered nurses, and their license must be renewed every four years.

Four health agencies in the state are certified to provide LHA training. Team Select’s program is up and running, and Thrive expects theirs to begin sometime in early May. While both agencies have fielded a high rate of interest from parents in their service areas, not all will be eligible to be licensed.

One of the biggest roadblocks is age: only those under 21 may have their family members apply. Johnson said his agency hopes to petition the legislature to expand the program in the future, after data showing its benefits can be gathered to bolster the argument. The program’s value, he said, lies in adding parents to the medical tool kits of vulnerable children, who before had to contend with nonexistent or uneven help.

“A child gets to wake up to a happy, loving, smiling face everyday instead of no one, or a (new) nurse or being stuck in a hospital,” he said. “It’s a better model for consistency and continuity of care from someone that is never going to not be there.”