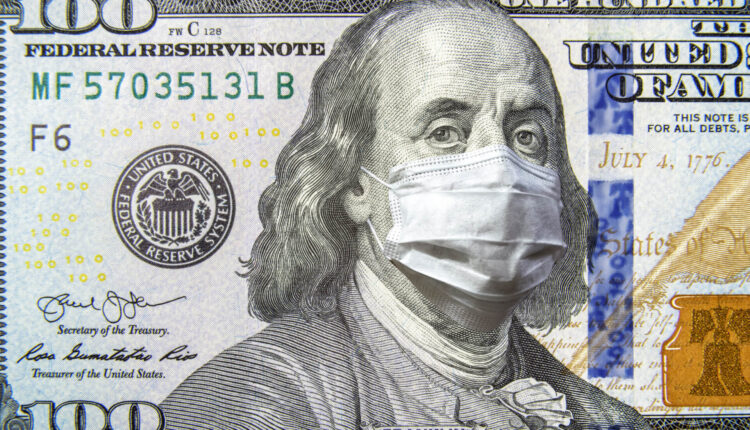 The distribution of billions of dollars of federal COVID-19 relief funds in Arizona, like many other states, was marred by fraud, mismanagement and lack of oversight, according to a new report issued last week by the Arizona Auditor General.

While the report didn’t uncover any bombshell new findings, it did bring together all in one place the failings of several Arizona state departments in administering the distribution of the money and overseeing organizations to which it awarded the funds.

In all, the federal government awarded Arizona $77.8 billion in pandemic relief from March 2020 through February 2022, though the report focuses only on the funds spent during the 2021 fiscal year, which ran from July 2020 through June 2021.

The various state departments charged with overseeing the distribution of the funds meant to lessen the impact of the COVID-19 pandemic said that inadequate staffing and staff turnover were major contributors to their lack of oversight.

“During the time frame corresponding to this audit, the Office’s limited personnel resources were focused on ensuring that funding was disbursed in the timeliest manner possible to alleviate the negative impacts on Arizona’s most vulnerable communities and impacted areas,” the Arizona Governor’s Office of Strategic Planning and Budgeting said in Arizona’s 2021 fiscal year audit.

The office, which was charged with distributing funds from the Coronavirus Relief Fund, said it has since achieved stability in its staffing — but it might have to repay more than $1.2 million to the federal government for its mistakes.

More than $275,000 of that comes from the office’s failure to monitor recipient activities or compliance with the award terms. The audit also said that $567 million that Ducey’s OSPB awarded to recipients may not have been properly spent.

The office also improperly reimbursed other state agencies for more than $15 million costs that were not allowed because they weren’t incurred in response to the pandemic. It worked to replace more than $14 million of that with allowable costs, but still might have to pay the federal government back for $978,864 that was not repaid.

The office had to return an untold amount of unspent funds to the federal government from the Education Stabilization Fund because they were not disbursed or spent within a required timeframe. As of June, 30, 2021, it had more than $18 million in unspent ESF money. The office didn’t monitor some recipients’ activities or compliance with award terms for the fund, meaning that it may have to repay $164,221.

The office also failed to report information to the government about $28.9 million in awards.

Ducey’s office did not respond to a request for comment.

One of the most glaring failures of the pandemic relief efforts in the state was the Arizona Department of Economic Security’s administration of COVID-19 unemployment insurance, which ended with $4.3 billion, or 37% of total claims, being distributed to fraudsters using stolen identities.

In the audit, DES said that the speed at which it needed to process the unemployment claims and “confusion regarding federal laws, requirements, and guidance initially contributed to it not putting into place all critical identity verification and anti-fraud measures before it started paying benefits.”

The state agency also encountered computer issues with a new unemployment benefits system it was using in an effort to process claims more quickly.

It wasn’t until February 2022 that that office established a program to bill claimants and recover overpayments to COVID-19 unemployment benefits recipients, which auditors said could inhibit its ability to reclaim money that was incorrectly disbursed.

DES did not respond to a request for comment.

And the Arizona Department of Education, which distributed funds through the Elementary and Secondary School Emergency Relief fund, didn’t report any information to the federal government for 22 of 60 awardees that auditors examined. The department didn’t even include organization names for those 22 entities, which received a combined $9.9 million through the fund. For six of the recipients auditors examined, the agency reported information between one and four months past the deadline.