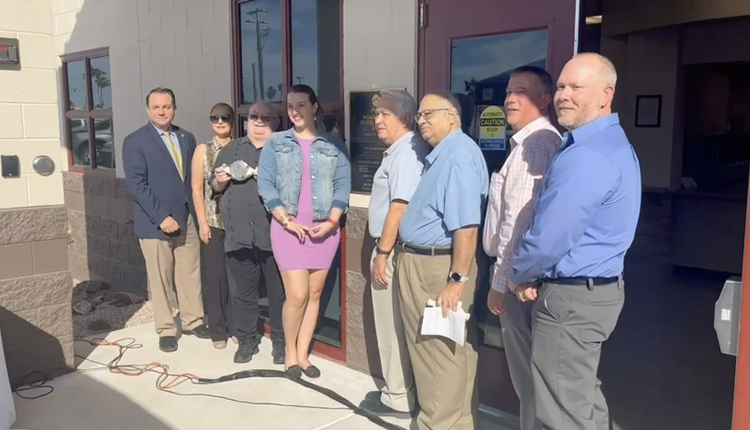 YUMA, Ariz. (KYMA, KECY) – A new utility building has been named after Thomas Allt, the former mayor of Yuma.

Mayor Doug Nicholls says Allt had a big impact on the city, including the creation of a new water system.

“During that time period when he was in office the water and sewer systems were private, were ran by private companies and he advocated for that 10-year period to bring the water and sewer into the municipal system so it had security and reliability and could be regulated for safety,” stated Mayor of Yuma Douglas Nicholls.

The new utility building will have its own training center and testing lab.

KHN’s ‘What the Health?’: Biden Hits the Road to Sell Democrats’ Record