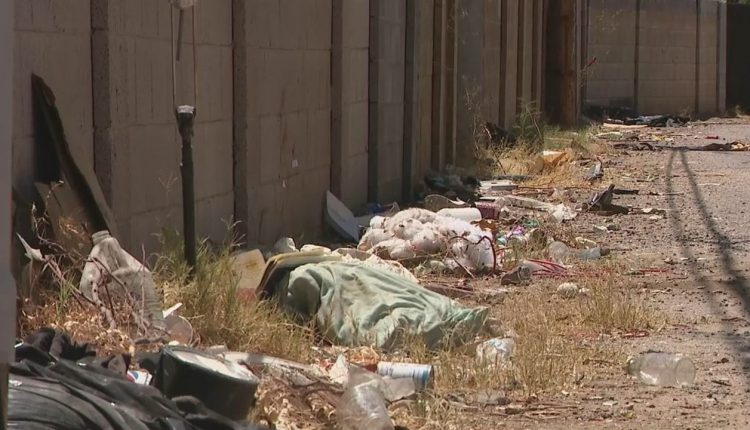 PHOENIX – Police are investigating after a newborn baby was found dead on July 12 in Phoenix.

According to policeofficers responded to the scene early Tuesday morning near 35th Avenue and Camelback Road after receiving reports of the remains of a newborn child.

“Homicide detectives responded to the area where they processed the scene, looked for evidence, and interview witnesses,” Sgt. Philip Krynsky said.

Police did not specify exactly where the baby’s remains were found, only saying the body was found “in an open area.”

Last March, the remains of an infant were Found in the bathroom of a McDonald’s nearby. A woman was seen on surveillance video leaving the bathroom before the baby was found. She still hasn’t been found.

Neighbors are shaken up after waking up to police officers searching their neighborhood, specifically an alleyway just before 6 am

“It is a terrible thing. It is, and it’s sad. The mother may still be out there not knowing what’s going on, if she’s even in her right mind to know what happened,” a neighbor said.

Another neighbor says, “That’s awful, especially out in this heat right now. You know what I mean? Just left the baby out there.”

Krynsky remarked on the difficulty of investigating these cases.

“As you can imagine, these types of cases never get easy. Nothing you can do to prepare for something like this. It’s difficult for everyone involved. The officers that respond to the citizen that located it, it is something that is definitely difficult to process, but again we all keep in mind that there’s a job that we need to do. We need to figure out what happened, and we aren’t doing anybody any favors by doing any shortcuts,” he said.

If you find yourself in a situation needing to surrender a baby, click here for resources.

According to police, officers responded to the scene early Tuesday morning near 35th Avenue and Camelback Road after receiving reports of the remains of a newborn child.