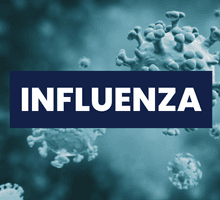 PHOENIX (January 24, 2023) – Maricopa County Department of Public Health (MCDPH) confirmed the death of a child due to influenza. The child was not immunized.

“This incredibly sad case reminds us that even though the flu is common, it can cause serious illness and even death,” said Dr. Nick Staab, medical epidemiologist at the Maricopa County Department of Public Health. “This is a tragic reminder that anyone who is able to get the flu shot should, not only to protect themselves, but to protect those around them who are at the highest risk of severe disease and death from the flu.”

This is the first pediatric flu death in Maricopa County this flu season. There were two pediatric deaths recorded during the last flu season. While influenza deaths among adults are not reported to MCDPH, estimates of annual deaths from influenza nationwide range from 5,000 to more than 60,000 depending on the severity of the season.

“If you haven’t received your flu shot yet, please get vaccinated as soon as you can,” said Dr. staff. “You can help prevent the spread of flu in our community, especially to older adults, younger children, and others who can’t get vaccinated or are at higher risk of flu complications.”

So far this flu season, more than 16,000 cases have been reported to MCDPH, the highest number of cases reported to MCDPH at this point in any flu season. This is due to an early start and peak compared to historical trends, but flu continues to circulate in the community. Last flu season brought a second spike later in the spring, so it’s worth continuing to prevent infections at this point in the season. The circulating strain, predominantly influenza A, is well-matched with this year’s flu vaccine.

The Centers for Disease Control and Prevention (CDC) recommends that everyone 6 months and older get the flu vaccine. The vaccine provides protection from hospitalization and death even if you get the flu; if someone does have a breakthrough case, symptoms are typically milder and don’t last as long.

Ways to protect yourself and those around you from the flu include:

Residents who think they may have the flu and are at high risk for complications are urged to contact their healthcare provider. Antiviral medications may help, especially if taken within 48 hours of the start of symptoms.

For more information about the flu and its symptoms, or where to find a flu vaccine in Maricopa County, please visit Maricopa.gov/flu.