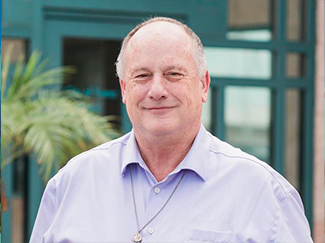 The City of Yuma has promoted Dave Wostenberg to Director of Engineering, Acting City Administrator Jay Simonton announced to the Yuma City Council on Wednesday.

Wostenberg brings more than 20 years’ experience in civil engineering, including with government agencies such as Yuma County, the Arizona Department of Transportation, Pima County, and Town of Marana. Prior to joining the City as Assistant Director of Engineering earlier this year, he had been the senior civil engineer and CIP Program Manager for Yuma County.

A Yuma resident for the last three and a half years, Wostenberg is a certified Professional Engineer (PE) and holds memberships with the American Society of Civil Engineers and the Institute of Transportation Engineers.

“Dave has been an excellent addition to our Engineering Department,” Simonton said. “I’m excited to have promoted him to the role of director. His qualifications are impressive with over 20 years of experience in civil engineering. His background and strong leadership skills will be an asset to the department and the city.”

“I am very excited to have the opportunity of building an experienced, energetic team that is already hitting the ground running on its first week,” Wostenberg said. “This position comes with many challenges and opportunities, including delivering 114 projects at a total estimated cost of $180,000,000.”

Some key projects facing the City’s Engineering Department in the near future include expanding the capacity of the Desert Dunes Wastewater Reclamation Facility, transforming the Hotel Del Sol into the Yuma Multimodal Transportation Center, and starting construction of the East Mesa Community Park.

“I have been lucky and very blessed to have found such a wide range of experienced talent in and around the area as well as some who are relocating to Yuma,” Wostenberg said. “I am very humbled to have been selected as the next City Engineer, and am grateful to all of those who have expressed faith and confidence in my abilities and work to this date.”

“I look forward with much anticipation to what the next year and those following bring to Yuma and I will strive to do my best to ensure the public’s health, safety and welfare as we upgrade our facilities,” Wostenberg said.