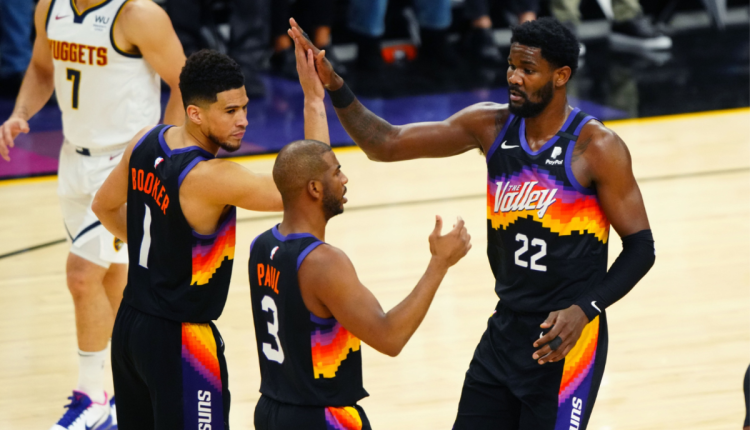 Next Phoenix Suns Ownership Must Spend Money to Make Money

When Robert Sarver became the majority owner of the Phoenix Suns in 2004 he inherited the best-running basketball teams with Bryan Colangelo as General Manager, Mike D’Antoni as Head Coach, and a team full of young homegrown talent with a seasoned veteran point guard .

They finished 62-20 and fell just short of their goal, losing in the Western Conference finals to the San Antonio Spurs. Each year after that the team was unable to match that record and watched as both players and front-office executives left for more frugal opportunities.

Sarver was complacent with allowing the team to slowly fall apart before spending eight of the next 10 years with losing records.

18 years later and whoever the new Suns owner is will be inheriting a team on the rise with James Jones considered one of the best General Managers in basketball, reigning Head Coach of the Year Monty Williams locked up for years to come, and a homegrown winning squad with a seasoned veteran point guard.

Suns fans from days of old remember well what it meant for an owner to be fully committed to the team’s overall success and what sacrificing financial gains for better quality looks like.

Sadly Jerry Colangelo is no longer in the ownership business. However, there is a blueprint for what type of owner Suns fans should be looking for this time around.

When the Golden State Warriors were purchased in 2010 by Joe Lacob the franchise had spent 15 of the last 20 years with a losing record and played in one of the oldest arenas in basketball. It took a record-breaking $450 million to purchase the team and that looked like a preview of the spending to come.

He was a perfect fit, a local guy with a love for basketball and plenty of money to spend to make the warriors better.

A decade later and the Golden State team is almost unrecognizable with a new stadium and four NBA titles in eight years. Lacob’s gamble on pouring money into the analytics department and willingness to spend well beyond the salary cap have kept the same key contributors around for nearly a decade.

There has been no drama around keeping Splash Brothers’ Steph Curry and Klay Thompson. Additionally, both newer additions Andrew Wiggens and Jordan Poole’s deals look like steals.

There will always be Draymond Green’s in this world and how that is resolved is yet to be seen. In the 2022-23 season, the Warriors will spend $78 million above the cap and Lacob has shown no frustration in paying the fees that come with it. Why wouldn’t they want to lead the league again after winning it all this past year?

The new Suns owner will not need to worry about facility upgrades with both the practice facility in Scottsdale and Footprint Center recently having major renovations done in 2020. Keeping the squad together though is invaluable.

Even without Sarver present, the Suns do not seem willing to spend whether it is Deandre Ayton this past fall or Cam Johnson currently. The formula for the new owner is more than halfway done, they just need to be ready to spend to keep it that way.

Sun’s Rank at No. 7 in Final B/R Power Rankings

Devin Booker Could be League Winner for Fantasy Basketball