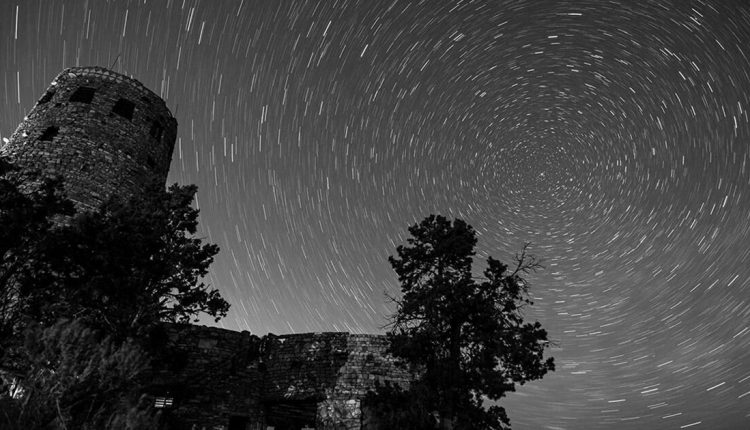 Nature photographer Imma Barrera specializes in starry skies. Born in Barcelona, ​​she lives in New Jersey and has traveled to national parks all over the country to capture the beauty of the night. Her most recent stop is the Grand Canyon, where she’s serving as the Astronomer in Residence for the Grand Canyon Conservancy. KNAU’s Melissa Sevigny spoke with her about her plans to photograph Sunday’s total lunar eclipse and raise awareness about the need for dark skies.

How did you get started doing photography that focuses on the night sky?

Well, I had my camera since I was very young. My First Communion, that was my present, I was given a camera. I always shot landscapes, wildlife, because I’m a biologist, that makes sense. That was my interest… But night photography was more special when we were able to take better pictures with digital cameras…. Your eyes cannot see so well. The camera sensor sees the night sky better. And that’s where my interests were, because people would go, wow, that’s what the night sky looks like?

Right, people look at these photos of the Milky Way, and they don’t always know you can actually see the Milky Way like that, if you’re in a really dark place.

yes And areas like Grand Canyon, or other areas I have been to, Sedona, the Flagstaff area—it’s dark. It’s very easy to see, compared to where I live in New Jersey. I can see because I know what I’m looking for, but it’s not as easy. You guys are so lucky. Really, you’re lucky.

You have a chance to spend a few weeks at the Grand Canyon, how are you going to spend your time?

busy Actually, busy. Usually you can see the stars, the best time of year—the period to see the stars—is always the new moon…. That’s when I’m going to be the be the busiest, when it’s closer to the new moon. But also you guys have a lunar eclipse, during full moon, which I’m going to take advantage of. So I’m also going to try to photograph it, the eclipse.

What tips do you have for people who want to try to photograph a lunar eclipse, how are you going to go about framing that shot?

You need to find a building that is very tall, so you have the moon on top of it, a building or a rock formation that is tall…. But otherwise if you don’t mind, or never had a picture like that taken, what the recommendation would be, just don’t worry about the foreground, take a close-up of the moon…. Because the moon turns kind of reddish and pinkish, but it still looks very well defined, it’s just no longer white, it has this color, dark pink. You can start seeing the stars around it, which you cannot if it’s a full moon.

I feel like, at least speaking for myself, the idea of ​​doing night sky photography is a little intimate, but it seems like a lunar eclipse would be a good place to start to get into that.

It’s a good place to start… But for me, it is intimidating the first time, I can understand that. But once you see that sky at night, it’s just so beautiful. I don’t know if you’ve ever watched the old American program, and I watched it when I was back home—I’m from Europe—called Cosmos.

And he used to say we are made of stardust. When I look at the sky like that, I feel exactly like that. So small, the whole universe, I see the Milky Way—I’m just a speck of stardust in the entire Milky Way. I don’t know, it just brings me peace, and problems disappear and all that stuff.

Well, welcome to Arizona, I hope you have a wonderful stay out here.

Sunday’s lunar eclipse will already be in progress when the moon rises in the eastern sky around 7:15pm Mountain Standard Time. Totality begins around 8:30pm and will last until 10pm. Flagstaff’s Lowell Observatory will livestream the eclipse on its YouTube channel and also host an in-person eclipse party. More information here: https://lowell.edu/experiences/total-lunar-eclipse-2022/

How to see Olympic figure skaters