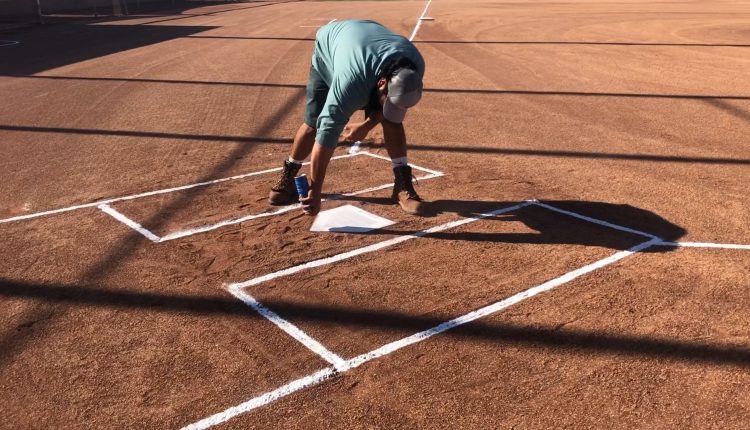 YUMA, Ariz. ( KYMA. KECY-TV ) – 15 of the 16 teams competing in the NJCAA DI National Softball Tournament arrived on Sunday or even before the the Pacific Avenue Athletic Complex in Yuma.

“So on Sunday night we have the BBQ for all the teams followed by the homerun derby,” Arizona Western College Athletic Director Jerry Smith said. “Each team will have a participant in the derby.”

In the finals, Lake Land’s Kaitlyn Scheitler launched 12 home runs over the fence, followed by San Jacinto’s Taniece Tyson who countered with 8. Yavapai’s Lovey Kepa’a who stole the show and nudged out Scheitler for the win.

“Teams that are here have all won to be here,” Arizona Western College Associate Athletic Director Michael Broskowski said. “So it’s not any at larges in baseball and softball. So everyone here is a champion. That’s what makes this more fun.”

16 teams will play a total of 32 games starting Tuesday and ending Saturday at the Pacific Avenue Athletic Complex.

“I think people can expect some exciting softball,” Smith said. “We’ve got the best teams in the country here and I think the softball will be Class A, number one.”

“We’ve been working since it ended last year,” Smith said. “Almost weekly to get all of our sponsors and workers together in order to have a great tournament this week.”

“Our busiest days will be the first two days,” Broskowski said. “You got games going all the way to the evening on two fields here at PAAC. 16 of the best teams in the country, the defending national champions are back as are last year’s runner up. Yavapai from Prescott has been dominant in Region One here in Arizona. It’s gonna be a lot of fun.”

“We’re really looking forward to all the teams being around and spending time in our hotels and eating in our restaurants,” Smith said. “I think it’s going to be a great economic boom for Yuma.”

Next year the tournament moves to Oxford, Alabama and will stay there for two years. Smith says Arizona Western will put another bid in to bring the tournament back, hopefully after its time in Alabama.

49ers News: Refreshing my page all day for practice reports and footage