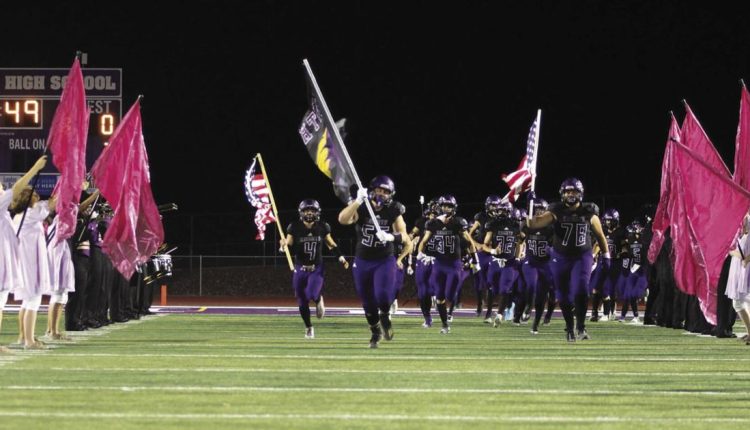 The No. 13 Lake Havasu High School varsity football team faces the No. 5 Yuma Catholic Shamrocks on the road tonight in the quarterfinal round of the Arizona Interscholastic Association 4A state championship tournament.

This is the farthest the Knights program has gone into playoffs since 2015 – where they lost 17-14 to the Pusch Ridge Lions in the semifinal round.

Last Friday, the Knights upset the No. 4 Poston Butte Broncos 49-24 on the road to advance to the quarterfinal round of the postseason.

The Knights leaned on their “bread and butter” — the run game — as coach Karl Thompson has said before, as well as their defense to lead them to victory last week.

Senior running back Isaac Stopke ended the night with 324 yards on 36 carries with six touchdowns. At linebacker, Stopke had six solo tackles.

Havasu’s seventh touchdown was courtesy of senior running back Evan Smith, who had 12 carries for 90 yards. At linebacker, Smith had 10 solo tackles, three more assists and an interception.

Sophomore running back and linebacker Gavin Briggs had seven solo tackles as well.

Havasu is no stranger to tonight’s opponent, Yuma Catholic, who they faced in their home opener in September. The Knights lost 28-14 to the Shamrocks, but the game was much closer than the score indicates.

The Knights defense had four interceptions against the Shamrocks, but the Knights offense was contained pretty well. Stopke was held to one touchdown, his lowest scoring game the entire season.

Now that the Knights have avenged last year’s first-round exit, they’ll set their sights on making an even deeper run, with the ultimate goal being the 4A state championship game held at Sun Devil Stadium in Tempe on Dec. 9.