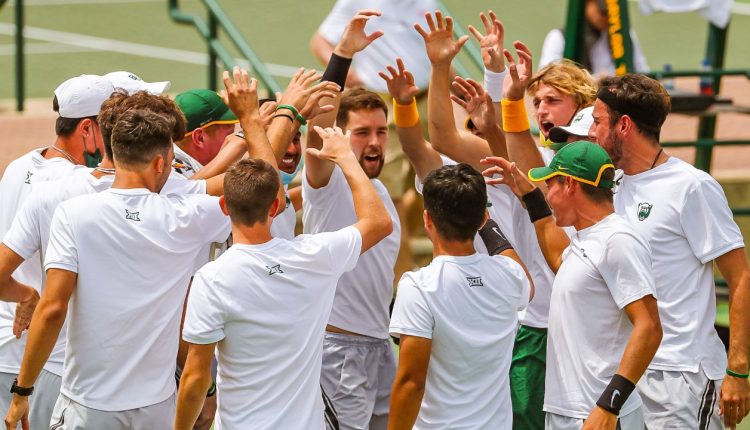 TUCSON, Ariz. – No. 5 Baylor men’s tennis team traveled south from Tempe to Tucson after beating Arizona State on Wednesday to get set for Friday’s afternoon matchup with No. 18 Arizona at the LaNelle Robson Tennis Center.

Baylor moves into Tucson with its 16th win on board, looking to extend the streak against Arizona. The Wildcats are coming off a 4-3 win over then-No. 16 Oklahoma after falling to Middle Tennessee and VCU in the Blue Gray Tennis Classic. They took the doubles point with wins at the Nos. 2 and 3 spots and then split the singles to come away with the top-20 win.

Arizona has three singles and one doubles pair ranked in the latest ITA polls. Colton Smith is the 36th-ranked player, Herman Hoeyeraal at No. 74 and Jonas Ziverts at 80th. The Wildcats’ doubles pair of Carlos Hassey and Smith are No. 72 with a 6-4 record this spring.

This will be BU’s fourth-ever matchup with Arizona, with the Bears leading the series at 2-1. Baylor has won the last two matches in a row against the Wildcats. The last match was in March of 2021, the Bears winning it 5-2. BU took the doubles point, winning on courts two and three, then won four of the six singles to come away with a win.

A live stream of the match is available on Pac-12.com/live. Live stats can be accessed at arizonastats.com.

A full recap and final stats will be posted to BaylorBears.com after the conclusion of play.