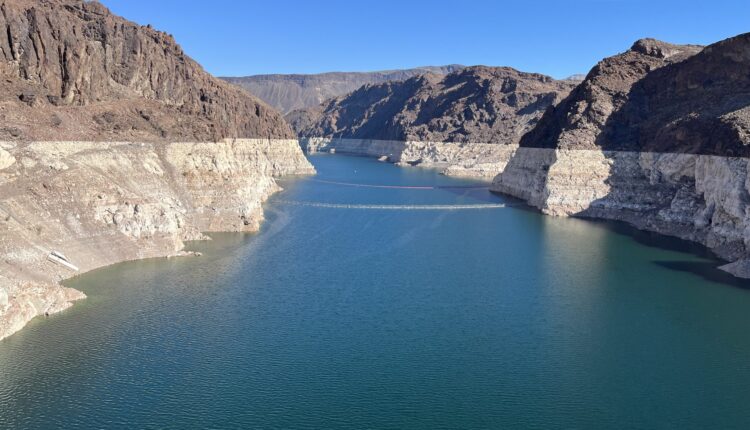 “I do not believe that any of the (Active Management Areas) are at a safe-yield,” Tom Buschatzke, director of the Arizona Department of Water Resources, told the House Natural Resources, Energy and Water Committee on Jan. 10.

Active Management Areas, generally referred to as AMAs, were created in 1980 in an effort to help the state manage its groundwater resources as the state continued to grow. Only the AMA in Tucson is near a safe-yield, meaning the amount of water withdrawn is balanced with the amount recharging it, but Buschatzke said that Tucson has reached that by storing large amounts of Colorado River water delivered by Central Arizona Project.

Approximately 82% of Arizona’s population resides within the state’s five AMAs.

But Buschatzke did not see it as a failure, and instead focused on telling the committee that solutions will need to be explored and that, in the future, more and more groundwater will begin to be pumped by municipalities across the state.

“It is not a failure in my mind in any way shape or form,” Buschatzke said, adding that the state needs to find more renewable water supplies, look to find ways to move water from one state to another or even from other sources outside the state.

“There is no silver bullet,” Buschatzke said. “But I think we have to embrace the success we have.”

Lawmakers didn’t directly reference or ask about the report, but questions about development and its impact on water became a hot-button issue during the hearing.

Rep. Barbara Parker, R-Mesa, asked Buschatzke if he would be willing to help the legislature “educate” the public that agriculture uses more water than development. ADWR estimates from 2019 provided to the committee showed that agriculture made up for approximately 72% of water use, municipal 22% and industrial around 6%.

“They always want to be down on a builder,” Parker said, additionally asking Buschatzke if he thought Hobbs’ speech unfairly targeted homebuilders.

Buschatzke said that mandatory conservation requirements on farmers in AMAs have been efficient and have given them an advantage over California farmers. Both state’s farmers have been hit dramatically by the drought and recent cuts in Colorado River water. Arizona is facing a 21% cut in Colorado River allocation this year because of the drought and an alarming decrease of water in Lake Powell.

Rep. Stacey Travers, D-Phoenix, asked Buschatzke if the state should close a loophole that allows developers to get around a state law that says that every new home must have a 100-year supply of water by declaring the homes are being built as rental properties. Buschatzke deflected, and said such a policy change would be up to the governor.

“Perhaps that is an issue to be further discussed by Governor Hobbs’ water council,” he said.

Burman reiterated what Buschatzke said, telling lawmakers that new solutions are needed to get water to more people and in a renewable way. She also mentioned the impacts of climate change on the state’s water supply, pointing out that water that in the past would have made its way into the Colorado River is now being absorbed into drier soil due to the prolonged drought.

Studies have definitively shown that climate change is occurring and human beings are contributing to it.

“I’m no climatologist and I’m no expert in this,” Parker said shortly after De Los Santos had asked Burman about climate change. “I want to channel my inner Hohokam Indian. I’m an Arizona native, and I wish we could have that crystal ball and predict that everything was, you know, climate change. I don’t know if the Hohokam didn’t have fossil fuel problems in the past, but they went through a serious drought in the past, as we know, and they disappeared as an agricultural community.”

Parker then asked what CAP was doing to prepare for another “curveball” from “Mother Nature.”

Burman explained that CAP has been storing water from times when the state experiences excessive rains, and noted that the Hohokam lived during a time of very dry years followed by very wet years. The state is currently in its 27th consecutive year of drought.

The hearing marked the beginning of what will likely be a long session for one of the two committees that will hear a slew of bills related to a key part of Hobbs’ agenda in the coming months. Lawmakers were amicable to the Hobbs appointees, stating they looked forward to working with them in the future.

“We need to work together, and I think we have come a long way,” Republican Chairwoman Gail Griffin said at the end of the hearing.