Norman Robert Weber February 13, 1935 – November 14, 2022 Yuma, AZ – Norman Robert Weber, age 87, passed away Monday, November 14, 2022, in Yuma, Arizona. He was born in Kendall, WI, to the late Ervin and Eleanor Weber. Norman served 4 years in the Air Force as a Jet Engine Tester. Norman worked for 40 years at the Janesville GM plant as a lineman, committeeman, zoneman and acting union chairman. He attended church at both the Church of the Nazarene of Mauston, WI and Community Christian Church of Yuma, AZ. Norman enjoyed hunting and fishing, riding Harley Davidson’s and traveling in his RV. In his later years, Norman enjoyed the beautiful Arizona sun, watching old Westerns on TV, playing cards with his wife and playing with his beloved dog, Buttons. Norman will be remembered for his passion and drive for life that included working and representing thousands of people in Local Union 95, enjoying the great outdoors, and his ability to tell a captivating story.

A graveside celebration of life will be held next Spring at Oak Hill Cemetery. 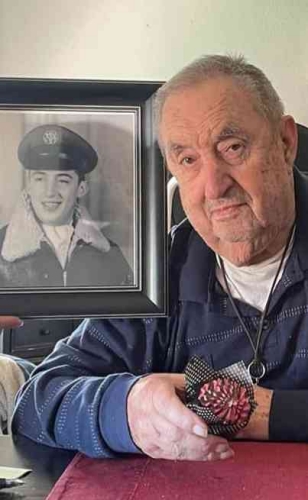