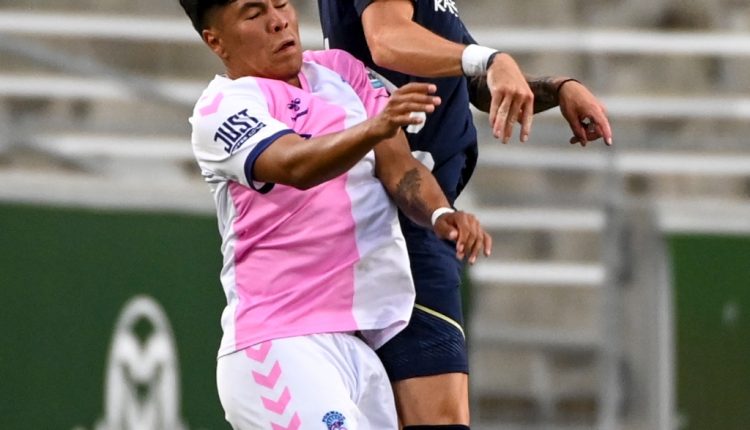 It wasn’t a win, and the team still gave up a goal, but the result from this weekend finally pushed Northern Colorado FC into the top nine teams.

There is a three-point differential between the No. 3 team, South Georgia Tormenta, and teams no. 4-10

After falling in a disappointing loss to Forward Madison last week, Northern Colorado was hoping to add points to its total. Thanks to a strong effort from forward Lachlan McLean, the Hailstorm was able to do that.

NoCo commanded the field early, taking several shot attempts in the first half, but it was unable to find the net.

A lightning delay in the 28th minute paused the game for roughly an hour, though both teams were aggressive when play resumed.

The Hailstorm players made several more attempts, but the saves were directed back at Tucson. The home team was able to take the lead right before halftime on a shot right after a free kick.

McLean entered the game in the second period, looking to tie the game. His first opportunity came after a corner kick from defender Arthur Rogers, but it went over the bar. The second chance ended up being a wide shot from the corner of the box.

Finally, McLean was able to score the equalizer in the 75th minute. Rogers earned the assist after crossing to McLean, who was able to get the ball back into the net.

Rogers earned a spot on the USL League One team of the week.

The Hailstorm continued taking shots, including some from midfielders Marky Hernández and Destan Norman. Tucson’s goalkeeper, however, was effective at keeping the team from scoring again.

Northern Colorado outshot Tucson, 24-7, with seven shots on goal. It also had possession for nearly 68% of the match. The home squad lost one player to a red card, as well.

Unfortunately, the Hailstorm was unable to leave Arizona with the advantage.

“Two points dropped. We absolutely dominated that game in terms of shots, chances created. We just weren’t clinical enough,” Hailstorm coach Éamon Zayed said in a statement. “We scored one great goal from Lachy, came off the bench and did the business, but with the chances created, we should have scored more.”

NoCo will host two home games this week at Canvas Stadium in Fort Collins. The team will play Central Valley Fuego at 7 pm Wednesday and Charlotte Independence at 4 pm Sunday.