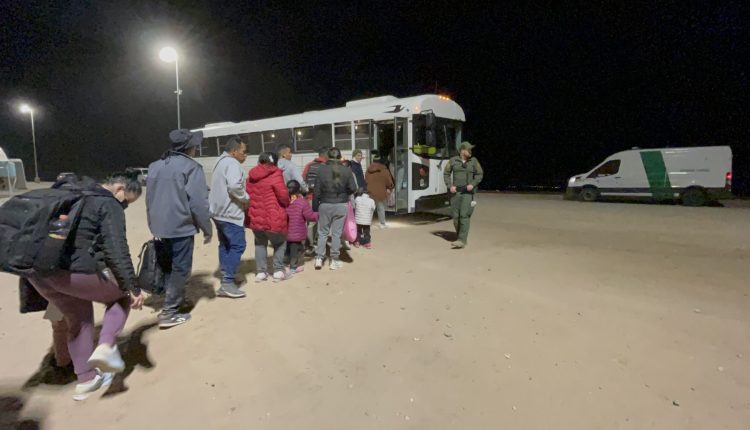 Over the last year, one in seven apprehensions was a Venezuelan migrant

YUMA, Ariz. (KECY, KYMA) – A new agreement between the US and Mexico allows Border Patrol to include Venezuelan migrants in Title 42 expulsions.

The deal could provide relief to local Border Patrol agents, as Venezuelans accounted for nearly 15 percent of all Yuma apprehensions in Fiscal Year ’22.

Over the last year out of 310,000 migrant apprehensions, more than 44,000 Venezuelans crossed into Yuma and were released into the United States with their asylum claims pending in court.

Meaning one of every seven migrants arrested in Yuma was Venezuelan.

I interviewed just a few of them, telling me they left Venezuela seeking a better future.

“Because of the economy, for my family that’s in Venezuela, for the political situation that’s going on and for everyone living in the country. The poverty. The misery. All of that,” Jose Durgarte said on January 23.

“The Venezuelans are leaving their home country because of the political and economic situation and are seeking asylum refugee status,” Grijalva said.

Grijalva signed a letter sent to President Joe Biden along with 21 other members of Congress.

Saying the decision to include Venezuelans in Title 42 expulsions to Mexico quote “places thousands of asylum seekers at risk.”

“Like they started to do with Venezuela, continue to do that. People can come through the front door, the port of entry, and not have the cartels kept to them,” Dunn said.

Even though the Biden administration is expanding Title 42, they did attempt to end it in May.

But a lawsuit brought by the state of Arizona kept it in place.

Title 42 will remain in effect at the border at least through the beginning of 2023, but likely beyond.