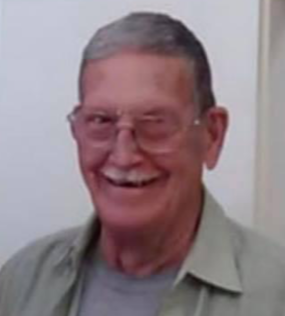 He graduated from Flagstaff High School in the 1947 class. Vern proudly served his country in the US Army during the Korean conflict. On February 18, 1956, he married Joan Nile in Stratton and she died on October 13, 2019.

Over the years, Vern worked for the Eustis Telephone Company (1948-1949), Oquossoc Light and Power (1950), and the Rangeley Power Company (1960). In 1976, CMP acquired the Rangeley Power Company and served as a sales representative until he retired in 1991. In the years that followed, Vern was instrumental in organizing the transition from the private water company to an urban unit in Rangeley. He was a member of the Board of Trustees and Superintendent of the Rangeley Water District and retired (again) in 2017 after 26 years. The street on which the Water District offices are located has been renamed Vernon Bean Way in his honor.

Vern was a member of Mount Bigelow Lodge # 202 AF & AM, the Kora Shrine, the Scottish Degites 32nd Degree and York Rites Masonic Organizations, the American Legion, the Forty and Eight, and a long-time member of the Stratton / Eustis Lions Club. Vern enjoyed fishing, hunting, auctions, and was a licensed pyrotechnician for years. In his later years he enjoyed doing puzzles and watching NASCAR.

A service will be held at Flagstaff Cemetery in Eustis on Sunday, July 18, 2021 at 2 p.m., along with a Masonic service from Mount Bigelow Lodge # 202 and military honors from the American Legion. A reception will follow at the Eustis / Stratton Community Building at 84 Main Street in Stratton.

The arrangements are made under the care and direction of Dan & Scotts Cremation & Funeral Service, 488 Farmington Falls Rd., Farmington, ME 04938.

Donations can be made to the following people in Vern’s memory:

The city of Phoenix is ​​proposing to expand the bridle path along Central Avenue, Arizona News