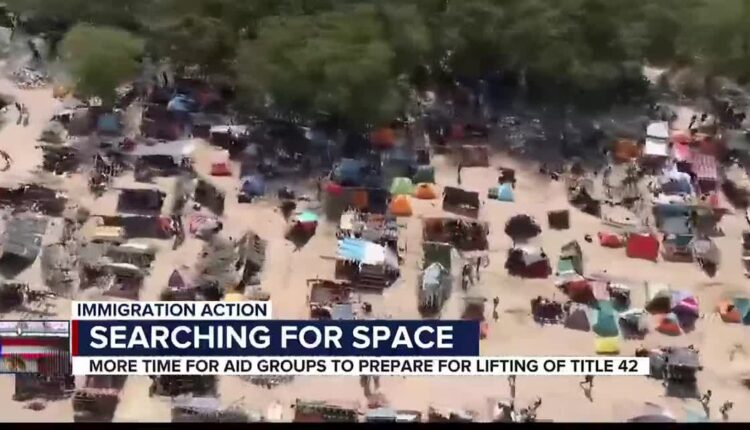 TUCSON, Ariz. (KOLD News 13) – Thousands are still waiting at Arizona’s southern border to cross into the US after the Supreme Court’s decision to keep Title 42, a Trump-era policy, in place.

Right now, organizations like Casa Alitas are receiving at least 600 people a day, that was expected to double when Title 42 is lifted. But now with this push, there’s concern it could lead to more build up at the border.

It will give officials in Tucson more time to get ready for when Title 42 is lifted. The City, County, and organizations like Casa Alitas have already been preparing for the end of the policy for nearly two years. With this extension, it will give them the chance to find what they need the most – more space.

“We will continue to work with Casa Alitas and the county in finding housing for people and that will largely being having to go and rent hotels,” said City of Tucson Councilmember Steve Kozachik. “The federal government really needs to write a lump sum check to the county so they can go out and buy a large congregate shelter.”

Right now, that’s being done on a reimbursement basis with the federal government and it’s the most expensive way to do it, according to Kozachik. The County has already secured a 65,000 square foot space, but more is needed. Kozachik feels keeping Title 42 in place is creating a bigger humanitarian issue for asylum seekers.

He said, ″I think it is much more important for the health and safety of the people being kept south of the border to open it up, let us begin to apply people’s due process rights and start to work them through the asylum process.”

He thinks we will also see more people trying to cross the border because the end of Title 42 has been pushed back.

″The result again will be people trying to cross illegally, present themselves to border patrol. They’ll get processed and we’ll wind up with them anyway,” he explained.

Some across Arizona agree with the Supreme Court’s decision to keep Title 42 in place at least for now.

“Title 42 is not a permanent solution in our opinion, but it is a crutch that the border patrol and customs have been leaning on for the past three years,” said Jobe Dickinson, President of the Border Security Alliance. “What we believe is there really needs to be some good public policy in DC that addresses the issues at the border.”

Dickinson hopes that this time will give leaders in DC the time to address concerns about border security and immigration before the final decision is made and we see a bigger surge at the border.

“It’s definitely straining the law enforcement resources. I know it’s straining the NGO resources, and while they are preparing, I just don’t see that they’re ready yet for what could be a huge influx of migrants,” he said.

The Supreme Court will hear arguments from both sides in February with a final decision expected next summer.