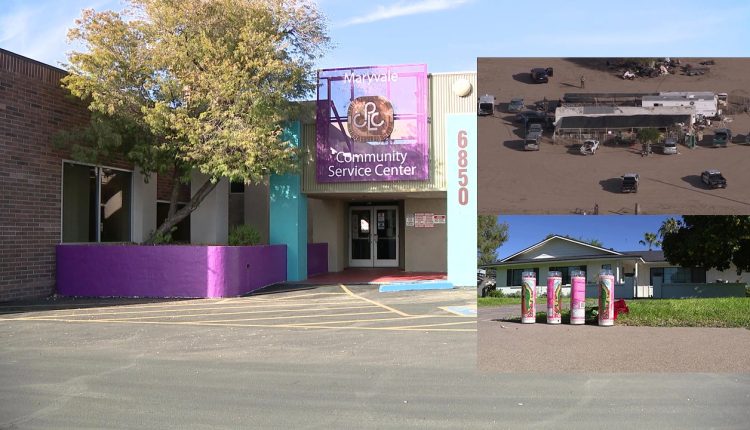 Within the span of one week, there have been three cases of deadly domestic violence incidents in and near the Valley, and officials with one domestic violence shelter in the Phoenix area are now speaking out. FOX 10’s Lindsey Ragas reports.

PHOENIX – A shelter in the Phoenix area is raising awareness for domestic violence in the aftermath of three separate fatal cases of domestic violence-related incidents in recent days across Arizona.

The first of the three incidents happened on Nov 16, when Phoenix Fire hazmat crews and police officers responded to a home near 7th Avenue and Northern because of a reported “hazardous situation” and a possible unresponsive person. Once crews made their way inside, two adults and three kids were found dead with obvious signs of trauma. They were later identified as 44-year-old Jasen Hudgens, 40-year-old Marla Hudgens, and their three children – 3-year-old Christopher Hudgens, and 6-month-olds Gwen and Faye Hudgens.

The second incident happened on Nov. 19, where a man reportedly shot his two children in the area of ​​Alma School and Queen Creek Roads. The father was later identified as 52-year-old Derek Tighe.

The third incident happened on Nov. 21, when authorities in Pinal County received a 911 call from a home near Stanfield. A child stated a family member was dying, and the victim’s husband shot her.

Officials with the Pinal County Sheriff’s Office say the 30-year-old victim died, and 32-year-old Ismael Ortega Hernandez fled from the home on foot.

Officials with the DeColores CPLC Shelter say domestic violence cases are high during this time of the year.

“You start thinking of people coming together, but a lot of people that are in the domestic violence situation they may be isolated from others during this time too,” said DeColore’s CPLC Shelter Program Director Cindy Garcia.

“It’s horrible. We don’t want this to open to families, to women, to children. You want to feel safe in your own home with your husband, partner,” said Garcia. “With all the homicides that occurred, the most dangerous time for any victim of domestic violence is when they decide to leave, because that’s when their abuser — their spouse, their husband — that’s when they lose control over that person, and thats when domestic violence is surrounded by power and control over another person.”

Garcia is encouraging anyone who is in a domestic violence situation to seek help immediately.

“I know it’s a very scary time to leave but sometimes abusers can be extreme, and it may seem like they’re not capable of killing you as your family, but you just never know, and so it’s best to not stay and find out ,” said Garcia.

If you believe you are a victim of domestic violence, help is available. Call the National Domestic Violence Hotline at 1-800-799-SAFE (7233), or text START to 88788. A live online chat is also available.