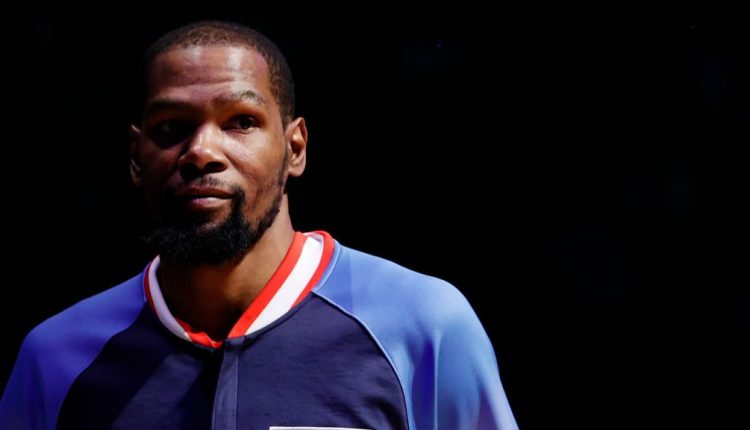 Offseason has become Kevin Durant or bust for Phoenix Suns

After two failed swings at an NBA championship, there is a distinct fear on Planet Orange:

The Suns will be left holding the bag. The one they should’ve given to Deandre Ayton a long time ago.

If it feels like our basketball future is hanging in the balance, welcome to Arizona, where the Suns are staring down the barrel of an impending divorce with a former No. 1 overall draft pick; where Kevin Durant is the Durantidote, an iconic, moody player who would complete a lethally dangerous Super Team in the Valley; and anything less will represent an inglorious ending to a short-lived era of dominance.

The stakes are dizzying. You are forgiven for feeling the effects of vertigo.

Exactly one year ago Monday – on July 11, 2021 – the Suns were leading 2-1 in the NBA Finals. A lot has transpired within a calendar year. We were buoyed by the additions of JaVale McGee and Landry Shamet; we witnessed the best regular season in franchise history; and we celebrated the awards and recognition bestowed upon Devin Booker, Mikal Bridges and head coach Monty Williams.

We were also felled by a rolling boulder named Giannis, the draft pick that got away (Luka Doncic) and the utter collapse of the team’s internal culture. We were served up another round of buzzard’s luck in the most recent postseason, including one of the most horrific Game 7 implosions in the history of the sport.

Our pain and anxiety have been temporarily diverted by Durant’s preference to play alongside Devin Booker and Chris Paul. The trio would be a powerful rebuke to the newly crowned champions in Golden State. It would give the Suns a handful of hardcore basketball assassins. It would return our NBA franchise to the lofty perch they inhabited at the end of the regular season: favorites to win an NBA championship.

Many lessons have been absorbed since that point. The Suns have learned that stars win rings, not culture, bench players and prolific regular season winning streaks. The Suns learned they need CP3 insurance, a backup plan to protect them from their injury/illness prone point guard. They need another star player who can take pressure off Booker and take over a playoff game.

Durant’s arrival in Phoenix would check all the boxes. It would also mark the end of innocence, where the organizational approach shifts from homegrown to mercenary, where our schoolyard goofiness is exchanged for black-hatted villains, where the Suns will be the latest team despised for trying out the NBA’s HOV lane. They will no longer be a team fueled by homespun Monty-isms. They will become a team looking for the other side of easy.

If they fail to acquire Durant, the Suns are in peril of falling out of contention altogether. They seem ill-equipped and unwilling to mend fences with Ayton, the breezy behemoth capable but too often unwilling of wreaking havoc on a basketball court. This could’ve been avoided.

Suns apologists have long defended Ayton to curry favor with the organization, to help cover for a draft pick that could’ve been Luka. Their tune changes with the wind. But even his fiercest critics saw the light in the 2021 postseason, when Ayton proved he could dominate on the biggest stages in basketball.

But the Suns chose not to pay him. And then, at last year’s trade deadline, they considered moving him for the Pacers’ Domantas Sabonis. Even though Sabonis is a lesser player. Even though the Suns had the best record in the NBA by a mile. Even though they had elite team chemistry that shouldn’t have been tampered with. Alas, they chose to mess with success.

Ayton correctly read the tea leaves, proof that the Suns were not going to reward him with a max deal no matter what transpired in the 2021-22 season. The Suns set up Ayton for failure and disappointment, and then they lost him. Because they didn’t like his price tag.

The scenario seems to leave the Suns in a precarious position. It’s Durant or bust. And in that case, let’s hope that NBA superstars still get what they want in the end.

Reach Bickley at [email protected] Listen to Bickley & Marotta mornings from 6 am – 10 am on 98.7 FM Arizona’s Sports Station.

High heat and increased thunderstorms to hit Arizona this week