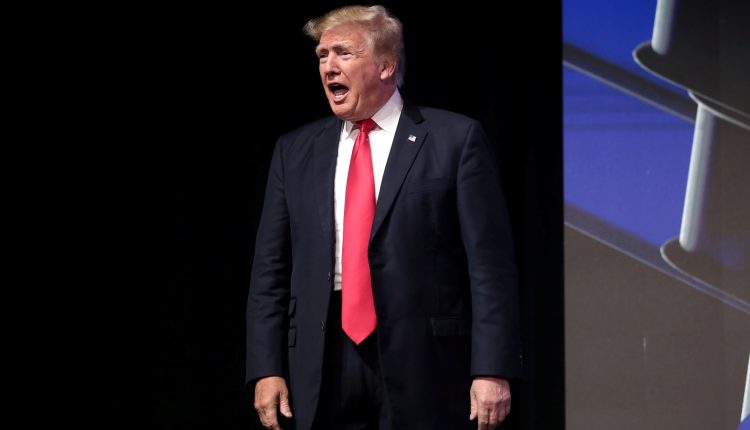 On November 8, vote for democracy, before it’s too late

Election Day is just around the corner. Let’s take stock.

It’s been said, I know, but it has to be said again and again, until it sinks in: The future of our democracy is on the ballot on November 8.

“As I stand here today, there are candidates running for every level of office in America — for governor, Congress, attorney general, secretary of state — who won’t commit, they will not commit to accepting the results of the elections that they’re running in,” Biden said  in a special address to the nation. “This is the path to chaos in America. It’s unprecedented. It’s unlawful. And it’s un-American.”

Biden is right. Make no mistake. Our ability as citizens of the most powerful nation on earth to participate in free and fair elections is facing its greatest threat since the Civil War.

Anyone who doesn’t believe that is either not paying attention or they’re in complete denial.

Yes, I am. I am, because that’s how bad things have gotten.

Believe me, I’m as astounded as anyone that we’ve actually arrived at a time in Arizona in which virtually every major Republican candidate for statewide office and Congress, not to mention hundreds of other Republican candidates running nationwide, is running on the “Big Lie,” the completely discredited, anti-democratic claim that former President Donald J. Trump was cheated out of the 2020 election.

He knows he lost.

And every Republican candidate in Arizona clinging like shameless sycophants to his coattails knows he lost, as well.

Why are they doing it? Because the despicable lust for greed and power, at least among most of today’s GOP leaders, is apparently worth more to them than the preservation of our democracy.

I get it. For some people, the claim that “democracy is at stake” sounds like wild exaggeration.

“What’re you talking about, James? I’m free. I wake up in the morning and go to work. I bring home a paycheck. I’m living a good life. Everything’s just fine.”

Everything’s fine? Did you not notice the thousands of armed thugs, domestic terrorists really, who stormed the U.S. Capitol Jan. 6, 2021, in a failed attempt, thank God, to stop the certification of the 2030 election results?!

For chrissakes, they wanted to hang Vice President Mike Pence. They marched through the Capitol with Confederate flags. Five people died in the Capitol riot.

They wanted to kidnap and kill the Speaker of the House Nancy Pelosi.

And just last week, a deranged disciple of the Trump agenda tried to murder Pelosi’s husband, Paul, and, had Speaker Pelosi been home, the alleged assailent probably would have assassinated her.

Everything’s fine? More than one million Americans are dead from COVID-19, and hundreds of thousands of them might be alive today if not for Trump’s absolute arrogance, incompetence, and the wave of disinformation he spread about the disease.

Everything’s fine? Trump’s rise to power and his endless lies and demagoguery have duped and inspired tens of millions of his followers and unleashed countless Trump wannabes who, like Trump, have decided the rules just don’t apply to them, including the rules of democracy or even basic civility.

The supporters of Kari Lake’s campaign for governor who laughed uproariously when she quipped about the break-in and attempted murder of Pelosi’s husband, stands as a dark metaphor for precisely what today’s Republican Party has become.

Words have consequences, and lies can have an even greater impact when they’re coming from the mouth of one of the world’s most powerful political figures.

You see, Trump knows exactly what he’s doing. He’s trying, without saying it out loud, to spark a revolution — not necessarily military in nature — that’ll restore him to power by whatever means necessary.

Yes, Trump will run for president again, and in many ways it seems as though he already is. But if he can manage to get back into office without having to bother with a pesky election, he’ll be fine with that, too.

Look at the people he publicly praises: Chinese President Xi Jinping, Korean dictator Kim Jong Un and Russian President Vladimir Putin, who he called a genius after the Russian strongman launched an unprovoked invasion of Ukraine.

And while he’s never been quoted saying exactly how he felt about Nazi dictator Adolph Hitler, Trump reportedly once complained to his then-Chief of Staff John Kelly, a retired Marine Corps general: “You f***ing generals, why can’t you be like the German generals?” Trump asked Kelly, according to the author of the book, “The Divider: Trump in the White House, 2017-2021.”

In other words, why can’t American generals be as loyal to Trump as the Nazi generals, many of whom had a direct hand in helping to exterminate millions of Jews, were to Hitler? Never mind that Hitler’s generals repeatedly tried to assassinate him, a fact Trump refused to acknowledge.

So, let’s recap. Trump tried and failed, but still wants to overthrow our government. Hundreds of Republican candidates who have sought and received his endorsement are running for public office here and across the nation.

The thing is, if you solicit his endorsement you are, at the very least, proclaiming, “I like what Trump stands for. If you support Trump’s agenda, vote for me!”

Seeking his endorsement means you don’t have a problem with Trump’s anti-democratic agenda, or his racism, or his misogyny, or any of the other deplorable things he brings to the table.

Now is not the time for euphemisms, or apathy, or denial.

On November 8, vote for democracy, before it’s too late.

Haven’t Seen Your Doctor in a Few Years? You May Need to Find a New One