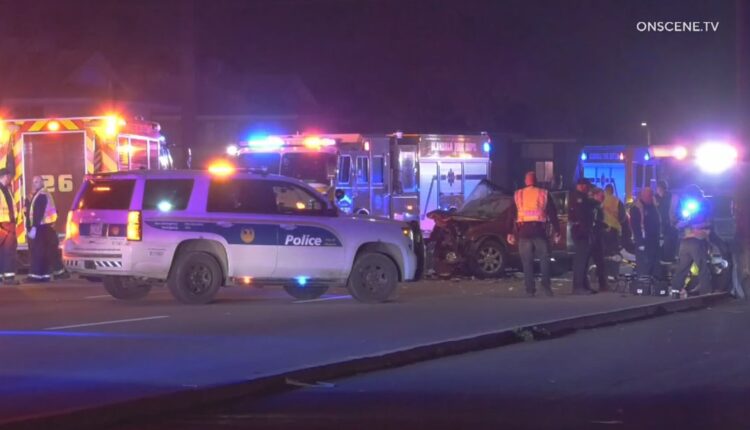 PHOENIX (3TV/CBS 5) – One person is dead and two have been hospitalized after an early morning crash in northwest Phoenix early Sunday morning.

Phoenix police say officers responded to the report of a crash around 2 near 43rd Avenue and McClellan Boulevard, south of Glendale Avenue. There’s no information about what happened to cause the accident, but two people were taken to a nearby hospital with non-life-threatening injuries and one person died at the scene.

One person is dead and two are in the hospital after crash that happened around 2 am in Phoenix on Sunday.(OnScene.TV)

Officers are still investigating the crash. Law enforcement officials closed 43rd Avenue in both directions from Maryland Avenue to McClellan Boulevard from 2 am until around 9 am Those roads have since reopened.