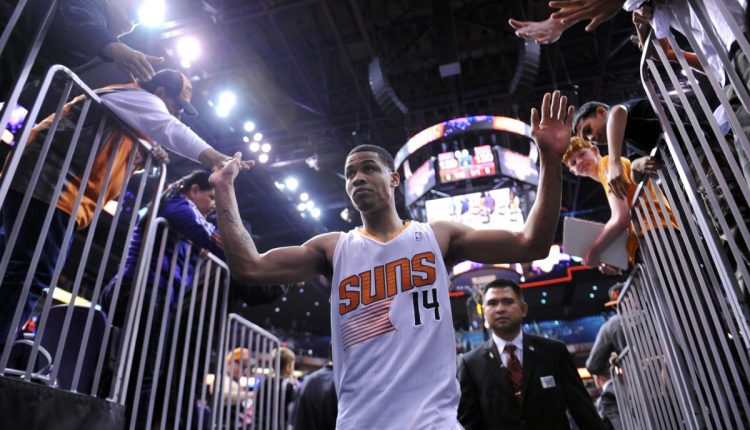 On August 27, NBA veteran Gerald Green still remains a free agent available for any team in the NBA to sign.

The 12-year veteran had been retired, but came out of retirement during the season, and played in the G League and the BIG3.

I believe that the Phoenix Suns should bring back the 36-year-old.

Green has played for eight different NBA teams over his career, but the best year of his career came with the Suns in 2014.

He most recently played for the Houston Rockets for two seasons (2018 and 2019).

When he was on the Rockets he was a high-volume three-point shooter.

He took 7.3 shots per game from behind the arc that season.

The following year, he averaged 9.2 points per contest, and shot 35.4% from the three-point range.

He took 6.0 shots from behind the arc that season.

While on the Rockets, the team was a contender, and Chris Paul was on the roster.

Right now, the Suns are a contender, and Paul is on the roster.

He is several years older now, but Green could still be used in that same role as Houston.

In addition, he would have the familiarity with Paul and the Suns’ franchise.