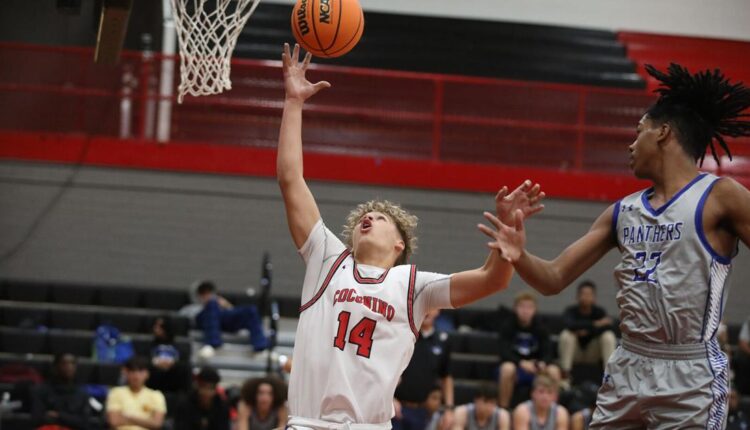 Paradise Honors (3-3) missed a shot that would have won the game in the final seconds, and the teams ended regulation tied. The Panthers (3-3) couldn’t finish the game with a buzzer-beating shot in the extra period.

The 2A Spartans (1-2) competed well but couldn’t pick up any victories in Flagstaff’s Pepsi Holiday Invitational over the weekend, but bounced back with a win against the Firebirds.

NPA will take an extended break before visiting Chino Valley on Jan 5.

Coconino couldn’t keep its undefeated start to the season alive with a loss at Paradise Honors Tuesday in Surprise.

Coconino kept up with the tough hosting squad, but got cold offensively in the third quarter, scoring just six points. Coconino scored 17 in the final period to put on some pressure.

Junior Sara McCabe scored 17 to lead the team in scoring for Coconino, including nine points in the fourth quarter. Sophomore Aviana Scharfenberger added 10.

Coconino (3-1) will compete in the 2022 Lady Wolves Court Classic at Estrella Foothills High School in Goodyear beginning on Friday.

The Yeti (2-5) will take a break before visiting Ash Fork on Jan 5.

Northland Prep Academy fell in the first game of a doubleheader with the Spartans boys team at Basis Phoenix on Tuesday.

The Spartans (1-2) will compete in the Lady Longhorn Winter Stampede at Payson High School beginning Friday.